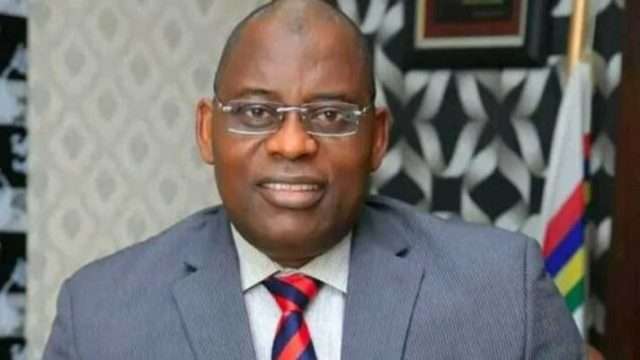 Olawale, popularly known as Omititi, slumped during the All Progressives Congress (APC) rally in Jos, where the ruling party held a campaign inauguration for its presidential candidate, Asiwaju Bola Tinubu.

The cause of Omititi’s death is yet to be known. Another source said he slumped at the airport and efforts made to resuscitate him failed.

Last Friday, during a novelty football match to celebrate the 50th birthday of the Speaker of the House, Mudashiru Obasa, the late lawmaker played as the goalkeeper.

His death has thrown the State House of Assembly into mourning. Omititi is survived by a wife and three children.MEANWHILE, another APC chieftain in Lagos, Chief Juliana Dupeola Awodogan, popularly known as ‘Iya Oniyan’ is dead.

The woman, who is in her 70s died at the Lagos University Teaching Hospital (LUTH), Lagos, on Tuesday. She has been battling undisclosed ailment for long.

The late Oniyan controlled a women group which normally drum campaign for the APC during election period in Lagos through dancing and grassroots mobilisation.

She was given the nickname ‘Oniyan’ because she was a pounded yam merchant and used to supply the State House during the administration of Asiwaju Bola Tinubu.