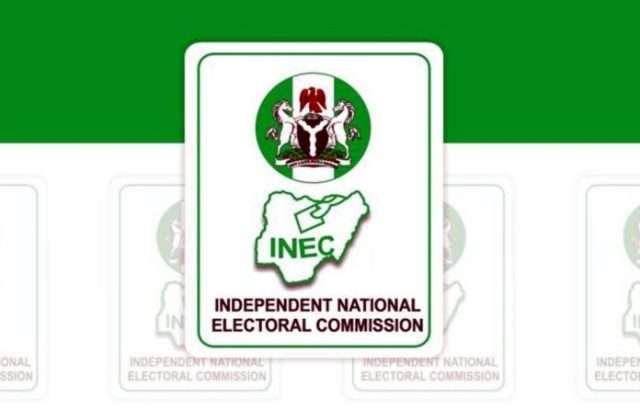 INEC Chairman, Prof. Mahmood Yakubu, who performed the ceremony on Thursday, at the INEC headquarters in Abuja, warned the officials not to be visitors to government houses, in order to maintain their neutrality.

In July, President Muhammadu Buhari transmitted the names of 19 nominees as RECs of INEC to the Senate for confirmation.

All the nominees were confirmed by the senate, despite allegations of corruption and partisanship against some of them.

While 14 of the RECs were fresh appointments, five were re-appointed for a second and final term.

Speaking at the event, Yakubu said with exactly 113 days to the 2023 general election, “the task ahead of us is not easy, but we must never disappoint Nigerians.

“Our loyalty is to Nigeria and our allegiance is to Nigerians. Only their votes should determine winners in the 2023 General Election. Nothing more, nothing less. There should be no deviation from this path of honour and integrity.”

He added: “In doing so, we will continue to acknowledge the sacrifice and dedication of our hardworking staff. As you are deployed to the States of the Federation, you will be responsible for human and material resources. Work with the staff and be guided by the provisions of the law and our various Regulations and Guidelines.“

Furthermore, you will also interact with various stakeholders. You should maintain the established practice of consultation with them.

However, in dealing with the general public, you should be guided by the provisions of the Commission’s Code of Conduct. You should not be visitors to Government Houses and must never hold unofficial meetings with politicians, even after official working hours.

“All matters pertaining to official responsibilities should be conducted in the office attended by the relevant staff and properly documented. This is your best protection against mischief. Do not compromise the neutrality of the Commission or create the perception of partisanship.“

In discharging your responsibilities, you must at all times be transparent and non-partisan while remaining firm and courageous. You owe nothing to any individual, but owe everything to the Nigerian people. We must continue to ensure that the choices they make on Election Day prevail. It is their decision. We are only administering the process in trust supported by technology.

“On this note, let me once again emphasise that the only means of voter accreditation during the 2023 General Election is the Bimodal Voter Accreditation System (BVAS), while results will be uploaded to the INEC Results Viewing Portal (IReV) in real-time on Election Day as provided by law.”

Yakubu said in line with the commission’s current practice, RECs are deployed to States within their geo-political zones.

While Johnson Alalibo Sinikiem was redeployed to Rivers, Chukwuemeka J. Chukwu was posted to Enugu.

Sinikiem and Chukwu were RECs for Cross River and Ebonyi respectively, before their reappointment and subsequent redeployment.