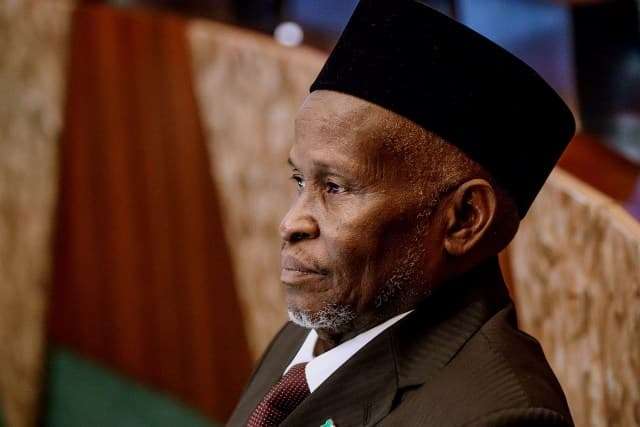 Details behind the public spat between the Chief Justice of Nigeria (CJN), Justice Ibrahim Tanko Muhammad, and justices of the Supreme Court point to a long brewing feud, which the highest judicial officers were unable to resolve, Daily Trust can report.

The Supreme Court justices had in a recent letter to the CJN, leaked to the public, accused the head of the country’s Judiciary of “Absence of probity and moral rectitude” in the management of the court.

The justices accused the CJN of neglecting their welfare, not carrying them along in managing the affairs of the court, the deteriorating condition of services generally, and the state of the litigations department.

But in his response on Tuesday, through a statement signed by his spokesman, Isah Ahuraka, Justice Muhammad denied the allegations and condemned taking the issues to the public.

Your tenure height of decadence – Justices

In the letter titled “The State of Affairs in the Supreme Court of Nigeria by Justices of the Court”, the justices asked the CJN to act before it’s too late on their challenges of justices’ accommodation, vehicles, electricity tariff, supply of diesel, internet services to our residences and chambers, and epileptic electricity supply to the court.

“Your Lordship with all due respect, this is the peak of the degeneration of the court; it is the height of decadence, and clear evidence of the absence of probity and moral rectitude,” they wrote.

“Your Lordship, this act alone portends imminent danger to the survival of this court and the judiciary as an institution, which is gradually drifting to extinction.”

Replying, the CJN said, “Judges in all climes are to be seen and not heard, and that informed why the CJN refrained from joining issues until a letter, said to be personal, is spreading across the length and breadth of the society. This was akin to dancing naked at the market square by us with the ripple effect of the said letter”.

Justice Muhammad, who will bow out on December 31, 2023, after clocking the mandatory age of 70 years, said despite the financial difficulty in the court, his administration has made efforts to recruit legal assistants for the justices and other logistical support which they are entitled.

“Two weeks ago, eight Supreme Court Justices were nominated for a workshop in London as the court cannot take all of them there at once otherwise the job would suffer. They would be going in batches.

“Accommodations are being gradually provided for the few that are yet to get. There is none of the apex court justices without SUV and backup cars. If any of them were purchased but refurbished, the external and internal auditors are here in the court to take those that bought them up over it.

“The high cost of electricity tariff and diesel is a national problem. The chief registrar might have budgeted for N300 per litre but diesel is now selling for over N700 per litre and therefore has to find a way around it without even bringing it to the attention of the CJN. But there is no way the generator would be put off if the court is sitting.”

Sources on Tuesday told Daily Trust that there has always been concern that a crisis, which had been brewing for a long time between the CJN and his colleagues, could boil over into the open.

A senior staff of the Supreme Court, who pleaded anonymity, said there has been the niggling trouble over the modus operandi of Justice Muhammad since he assumed office as acting CJN on February 25, 2019, following the removal of Walter Onnoghen. But matters escalated in 2020 when he allegedly defied calls for him to summon the regular meetings of the justices and began to make himself inaccessible to his colleagues.

As indicated in the complaint letter of the justices, the CJN refused to formally introduce the six new justices of the court-appointed on November 6, 2020, as is traditionally done until he was pressured into holding the meeting in March, this year.

The source also narrated how the justices were peeved with the handling of the finances of the court with most of their logistical needs either cut or stopped despite the increase in the budgetary allocation to the Judiciary from N100 billion in 2017 to N120 billion in 2021.

“The fact that the CJN, who was not supposed to be the accounting officer was involved in procurement functions that should be the duties of the chief registrar was unimaginable for most justices,” the source said.

The source said this forced many of the justices to start murmuring and complaining to their senior retired colleagues, including a serving emir in one of the North Central states, who in turn visited the court sometimes to try and settle the rift to no avail.

Concerned by the breakdown in communications in the apex court over the plight of the justices, the immediate past CJN Onnoghen on June 16 warned that the Supreme Court could become a glorified high court if not adequately funded.

Onnoghen, who spoke in Abuja, at the public presentation of a law book on Construction Law, lamented that some justices of the apex court still live in rented accommodations in unsuitable areas in the FCT, adding that their salaries and allowances have not been reviewed since 2008.

Another insider who spoke with Daily Trust on the condition of anonymity said the last straw that broke the camel’s back, which forced the justices to go public, was the participation and victory of the CJN’s two sons in elective offices, as senatorial and House of Representatives candidates of the PDP and APC respectively in Bauchi State, which the justices saw as capable of compromising the integrity of the court.

The spokesman of the CJN could not respond to request for comment on the claims by the sources as his phone was switched off.

Also, the Director of Information of the Supreme Court, Dr Festus Akande, said he has not been authorised to comment on claims about happenings in the court.

Meanwhile, analysts have described the situation as shameful and capable of eroding public confidence.

Murtala Abdulrasheed (SAN) described the development as shameful and unheard of in the judiciary.

The Executive Director of the Civil Society Legislative Advocacy Centre (CISLAC), Auwal Rafsanjani said the notion of corruption in the Judiciary is one of the reasons members of the public do not have confidence in the courts anymore.

“If you don’t have money, psychologically you think that you won’t have justice and fair trial if you got to court,” he said.

“When you hear issues of lack of accountability in the judiciary, it is a clear indication that all is not well.”

In the same vein, the Executive Director of the Centre for Social Justice (SCJ), Eze Onyekpere Esq. said the letter of the justices against the CJN is nothing new to observers like him because “The judiciary is not immune to the cancer of corruption in the country