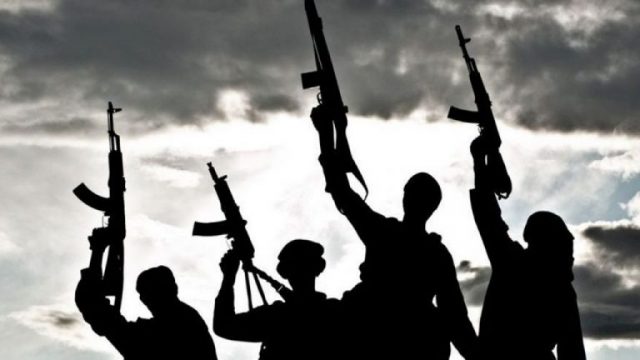 The gunmen were said to have invaded the palace of the traditional ruler on Thursday night and whisked him away to an unknown destination.

A source from the community told our source on Friday that the gunmen shot sporadically and destroyed the monarch’s main door to gain access into his residential building.

He added that the gunmen shot and damaged doors to force their way into the palace but no one was injured.

The spokesperson of Ondo State Police Command, Funmilayo Odunlami confirmed the incident to our source in a telephone chat on Friday.

She stated that police from the nearest division in Oke-Agbe, the headquarters of the local government have been deployed to the area to rescue the traditional ruler.

Meanwhile, gunmen have attacked a mosque in the Ughelli area of Delta StateThe Police Public Relations Officer of the Delta State Police Command, Bright Edafe confirmed the attack on Friday.

According to the police, the gunmen attacked the Central mosque, located along Okoroda street in Ughelli in the early hours of Friday while the Muslim faithful were doing their morning prayersIt is still unclear the number of persons injured during the attack but the police spokesman assured that the incident is being investigated.