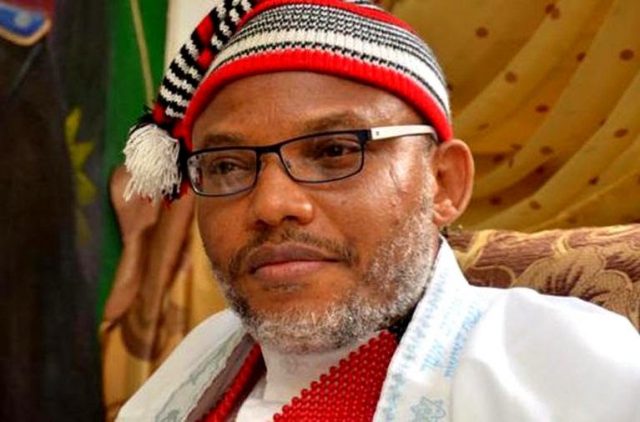 Barrister Ifeanyi Ejiofor, the Lead Counsel to the proscribed Indigenous People of Biafra (IPOB), has dispelled the fears about the new seven-count amended charge filed against Nnamdi Kanu, the detained separatist leader.

It was earlier reported that the Federal Government (FG) filed an amended seven-count terrorism charge against Kanu.

The amended charge marked FHC/ABJ/CR/383/2015, which was entered before Justice Binta Nyako of the Federal High Court in Abuja, contained all allegations against the IPOB leader that were earlier sustained by the trial court.

Reacting to the development on Friday night through a press statement, Ejiofor said the charge was “surreptitiously but clandestinely filed by the Federal Government hours after the judgment of the Court of Appeal was delivered on the 13th Day of October 2022”.

He also stated that the filing of the charge was ill-advised.“The said intermediate court (Appeal Court, Abuja) completely discharged Onyendu Mazi Nnamdi Kanu; and further prohibited his being tried or prosecuted in any court of law in Nigeria.

“The said judgment of the Court of Appeal is extant and still subsists till date; and has not been set aside by any superior court. Onyendu Mazi Nnamdi Kanu’s formidable team ably by the oracle of the Law – Chief Mike Ozekhome SAN – has already promptly appealed to the Supreme Court against the Court of Appeal’s ruling staying execution of its own judgment which had set Kanu free. The Appeal in respect thereto has been duly entered in Appeal No. SC/CR/1394/2022, at the Supreme Court, and is now awaiting a date for hearing.

“It is also worthy to note that this judgment of the Court of Appeal still stands till date as same has not been set aside by the Supreme Court. It is imperative to state therefore that on the strength of this judgment, no charge of whatever nature, and under any guise, can ever be presented or stand against Onyendu Mazi Nnamdi Kanu before any court of law in Nigeria.“

Our inquiry this evening upon reading about the phantom charge in the social media, revealed to us that the rumored charge was surreptitiously but clandestinely filed by the Federal Government hours after the judgment of the Court of Appeal was delivered on the 13th Day of October, 2022. This was even before it had received a certified true copy of the said judgment of the Court of Appeal.

“The filing of the said charge was clearly ill-informed and ill-advised, because the Prosecutor (Federal Government), we presume and may want to believe, was not at that point in time aware of the details, full import and implication, of the well delivered judgment of the Court of Appeal, at the time of filing the said charge.“

We also want to believe that this is what has led to the Federal Government’s abandonment of the charge after it was hurriedly filed.

“It is pertinent to note also that the Federal Government did not take any step to either serve the charge on our Client – Onyendu Mazi Nnamdi Kanu – or on our erudite lead Counsel – Chief Mike Ozekhome, SAN – after it was filed; even till this moment.“

This is to doubly assure Umuchineke that our legal team eminently led by the legal icon of our time – Chief Mike Ozekhome, SAN – will be in court on Monday, the 14th of November, 2022, to tackle any underhand tactics or results the Federal Government may have planned to achieve by sleight of hand, with a charge which has been pronounced dead like “dodo”; and permanently buried.

“Umuchineke should never lose sleep over this new phantom charge by the grace of God, we are equal to the task in tackling any antics from the prosecutor.

“Victory shall be ours, by God’s grace; and we move!” Ejiofor said.