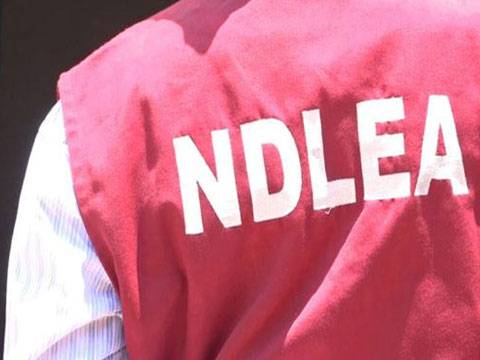 Operatives of the National Drug Law Enforcement Agency, NDLEA, have arrested two Pakistani businessmen at the Murtala Muhammed International Airport, MMIA, Lagos, with eight kilograms of cocaine concealed in a public address system, while attempting to board a Qatar Airways flight to Lahore, Pakistan via Doha.

The two suspects, Asif Muhammed, 45 and Hussain Naveed, 57, who hold Nigerian residence permits suspected to be fake are frequent travellers to Nigeria under the guise of doing textile business.

The suspects were arrested while heading to Niger Republic with 20.5kg of Indian hemp and 10 grams of Exol-5, Babafemi stated.

Also, operatives at the SAHCO import shed of the airport on Friday 4th November seized 13 cartons of Tramadol 225mg and 200mg imported from Karachi, Pakistan. The consignment has a total weight of 465.10kg and 642,800 pills of the pharmaceutical opioid.

Limited has commended the National Drug Law Enforcement Agency, NDLEA, for arresting and detaining one of its drivers and a receiver, who were said to be in possession of substances suspected to be illicit drugs.

The substances were found in one of the company’s buses travelling from Lagos to Abuja on October 26, 2022. A statement by management of the company in Lagos, said: “We, hereby state emphatically that Chisco Transport Nigeria Limited, as a law-abiding organisation, worked with the Nigeria Police to apprehend the other suspect and has handed them over to the NDLEA for thorough investigation and diligent prosecution.”

It further explained that Chisco Transport Nigeria Limited was proactive in the enforcement of compliance by its staff and crew members by ensuring that they sign the Customs Attestation Form which guards against carrying any form of contraband goods before departure.

The statement added that it “is a mandate that any employee caught defying our policy is reprimanded internally or handed over to the appropriate authority, in this case, the NDLEA.“

“For over 42 years, Chisco Transport Nigeria Limited has kept a high standard of operations and strong policies over contraband which is signed by every driver in our system including the driver in question,” the statement said further.