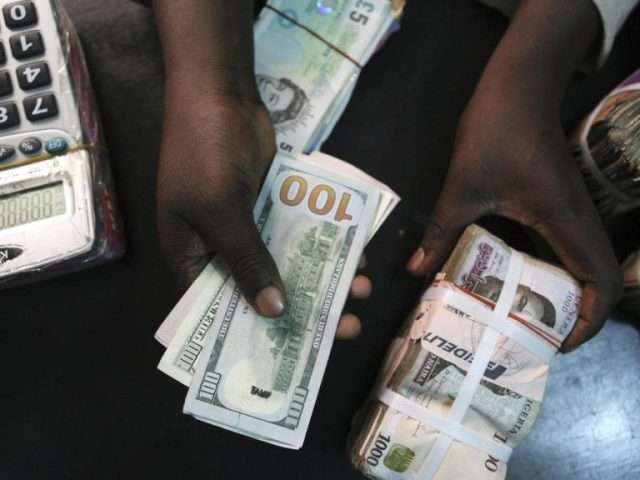 The naira has depreciated further against the dollar at the parallel as it now exchanges for N818 per dollar as of Monday, Ocotober 31, 2022.

According to reports, the naira is currently under high selling pressure in the black market following the Central Bank of Nigeria’s (CBN) announcement that the newly redesigned naira notes would start circulating in the economy from December 15, 2022.

It is observed that since the apex bank made this announcement last week, the naira has fallen from its initial record low of N765/$1, losing over N53 in five days, further piling pressure on the local currency.

A visit to popular Bureau De Change hubs in Lagos and Abuja revealed that several customers came looking for dollars but had difficulty accessing it.

An operator at Allen Roundabout in Lagos, Ismail Muhammed said dollars were still selling for less than N800/$1 as against the speculated N815.

Another operator, Alhaji Nafiu Isah, said that the dollar was on the rise and might reach N820 before the end of the week.

Alhaji Abdullahi Olugbede said he was willing to buy for as high as N807 if the volume was higher than $4,000.

Some of the operators confirmed there was a spike in demand following the CBN’s announcement that it will introduce new currencies. They also confirmed that they’ve seen an unusual demand and mop-up in the past few days.

One of the operators who identified himself as Ismailia Yusuf said the US dollar was very scarce. He also said the Economic and Financial Crimes Commission (EFCC) had visited the BDCs to scavenge for those offloading naira for dollars.

According to Nairametrics’ FX tracker, the naira has lost over 28% of its value between January and October 2022 due to increased demand for the dollar amidst sustained dollar scarcity. The naira started the year at N565 to a dollar.

The exchange rate at the Investors and Exporters window, where FX is traded officially, has also seen some systematic devaluation so far this year, moving from an average of N416/$1 last year to as high as N444/$1 as FX supply continues to dwindle in recent times.

Data tracked by Nairalytics showed that the sum of $362.7 million was traded at the official FX market last week, marking a decline from $425.3 million recorded in the previous week. This was even significantly lower than the average of $500 and $1 billion weekly trades recorded sometime earlier in the year