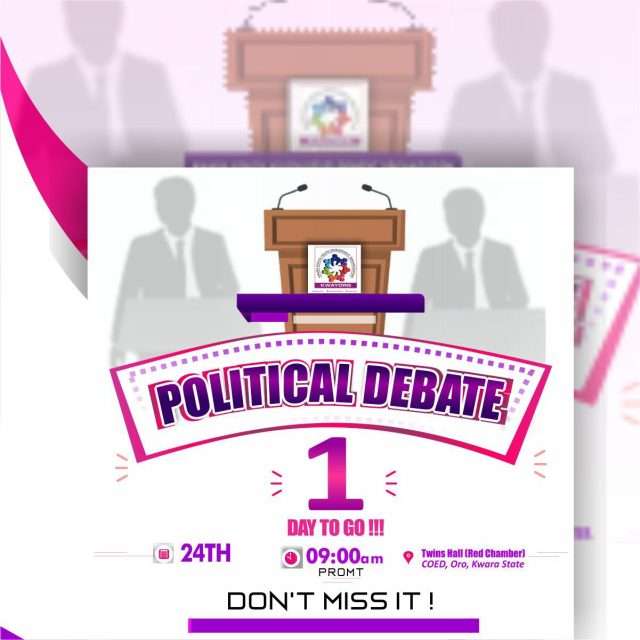 Kwara South Youth Development Organization (KWAYORG) hereby informs the general public that the most anticipated political debate in Kwara South, earlier scheduled for 23rd and 24th Days of November, 2022 at Topmost Hall, Oro has been streamlined to hold on the 24th Day of November, 2022 at Twins Hall (Red Chamber), College of Education, ORO by 9AM Prompt.

All Political Parties, Candidates, Stakeholders and Members of the public are hereby informed and deemed notified of these developments particularly the venue which is now scheduled to hold at Twins Hall (Red Chamber), COED ORO.

In addition, Stakeholders and distinguished Kwara Southerners are also implored to register their question(s)and/or opinion(s) for the National Assembly candidates through the link that would be released later.