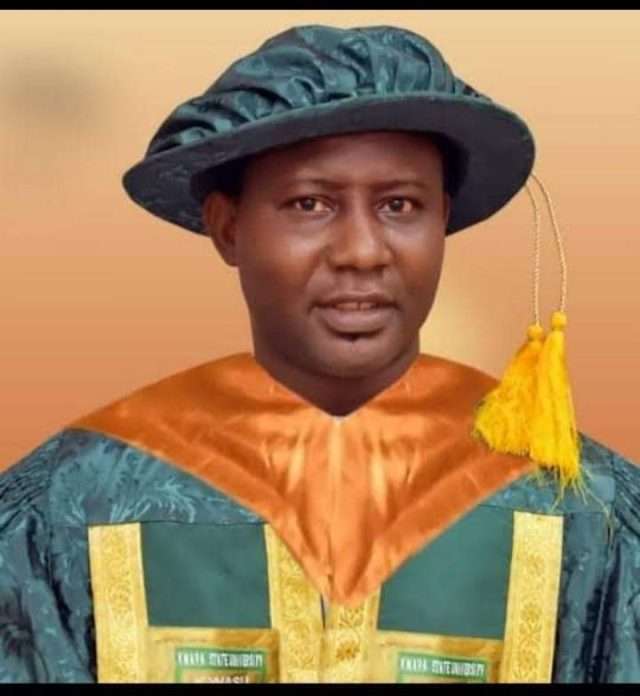 Akanbi was reportedly dead, on Sunday night, after a brief illness.

Details of what led to his sickness were still sketchy as of the time of filling this report.However, Abdulrazaq, in a statement by his Chief Press Secretary, Rafiu Ajakaye, on Sunday night, mourned the late KWASU VC, it read in part, “Kwara State Governor, AbdulRahman AbdulRazaq has described as painful and shocking the death of the Vice Chancellor of Kwara State University (KWASU) Prof. Muhammed Mustapha Akanbi, SAN.

“We submit to the decree of Allah who gives and takes. It is against that backdrop that we mourn the Vice Chancellor who answered Allah’s call tonight. He was a true and humble servant of Allah and we beseech our God, the Oft-Forgiving and Merciful, to grant him al-jannah Firdaus,” the Governor said.

“The professor of law was a colossus who played the leading role to open a new chapter of academic excellence and greatness for KWASU. Our condolences go to his family, immediate and extended, to KWASU and the rest of the academic community, and to members of the bar and the bench in Kwara State and across the country,” the statement added.

Akanbi will be buried in his country home in Ilorin according to Islamic rites on Monday, November 21, 2022.