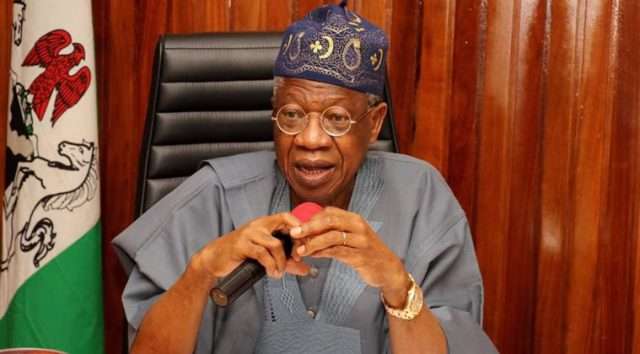 THE Nigerian Government has warned its citizens travelling to the United States (US) and Europe to take extra precautions to avoid being dispossessed of their belongings.

The Minister of Information and Culture, Alhaji Lai Mohammed gave the advice on Monday, November 28, in Abuja while giving his opening remarks at the fifth edition of the ‘President Muhammadu Buhari (PMB) Administration Scorecard 2015-2023 Series’.

Mohammed said the advice became imperative because of recent developments where Nigerian travellers to the US and some countries in Europe were having their belongings, especially money and international passports, stolen.“

It has come to the attention of the government that Nigerian travellers to the United States and some countries in Europe are having their belongings, especially money and international passports, stolen at an increasingly high rate.

“We have therefore decided to advise Nigerians travelling to Europe and the United States to take extra precautions to avoid being dispossessed of their belongings.

“This is not your typical travel advisory. It is merely a piece of advice to Nigerians who may be visiting the affected parts of the world,” the minister said.

The advice is coming on the heels of terror alerts issued by the US and UK governments about possible terrorist attacks in Nigeria, particularly Abuja, the Federal Capital Territory (FCT).

The two countries issued travel advisories warning their citizens against travel to Nigeria. The Nigerian government had frowned at the development, saying the terror alerts are unverified.

Meanwhile, the Special Adviser to the President on Media and Publicity Femi Adesina, has advised Nigerians who find opportunities to better themselves abroad to not hesitate to leave.

Adesina who was guest at the Channels Television’s Sunday Politics programme, said increase in the number of migrants did not apply to Nigeria alone.

“The average Nigerian had always wanted to leave. And it is not just in Nigeria. It is in most countries of the world, particularly in the Third World. They always believe that it is greener on the other side.

“If you have an opportunity to better yourself in any part of the world, there is nothing wrong with it. If you think migrating legally is good for you, all well and good. By all means, go!” he added.

Adesina noted that despite the recent wave of migration in the country, he was convinced that there were Nigerians who would never leave the country, come what may.