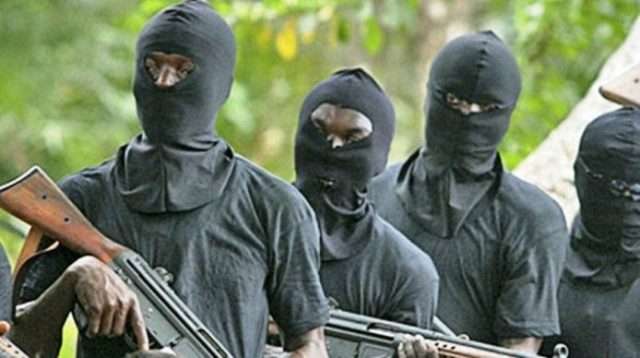 The incident is coming less than 24 hours after a former Commissioner for Rural Development in Enugu State, Hon. Gab Onuzulike and his brother Elvis Onuzulike were killed at Nkpokolo Achi in Orji River LGA of the state.

It was learnt that the policemen were shot dead at a roundabout close to Agbani main market.

An eyewitness account said the location where the incident occurred was close to the Agbani Divisional Police station.

He said the gunmen started shooting sporadically immediately they approached the policemen who were on a stop-and-search duty.

He said the attack caused pandemonium in the area as people ran for safety.

In a video circulating online, people were seeing wailing and crying at the spot of the lifeless body of the policemen.

Reacting to the killing of the former Commissioner, The Police Public Relation Officer of the state command in a statement made available to Journalists in Enugu Saturday said “Pending the receipt of a detailed report, kindly be informed that preliminary report reveals that two (2) of the assailants, said to have infiltrated into Oji-River from neighbouring Anambra State community, in the evening hours of 18/11/2022, that attacked and murdered one Gabriel Onuzulike (identified as former Chairman of Oji-River LGA and Commissioner in Enugu State Government) and his brother at Nkpokolo-Achi in Oji-River LGA, were neutralized by a Joint Police/Army Team, who swiftly responded to a distress call on the incident and intercepted the hoodlums at Inyi community of the same LGA, as they were escaping into Anambra State.

“The Team further recovered one (1) AK-47 rifle and one (1) pistol with several live ammunition, while the Toyota Land Cruiser Jeep belonging to the deceased victims, a Toyota Camry car the assailants attempted to snatch from another victim and a RAV4 Jeep they used for the heinous criminal operation, two mobile phones, amongst other incriminating items.

“Meanwhile, a manhunt of the assailants, many of whom escaped into a nearby forest with severe degrees of gunshot wounds in the ensuing gun duel, as a result of the superior firepower of the Joint Team, is still ongoing. Further development will be communicated, please,” he said.