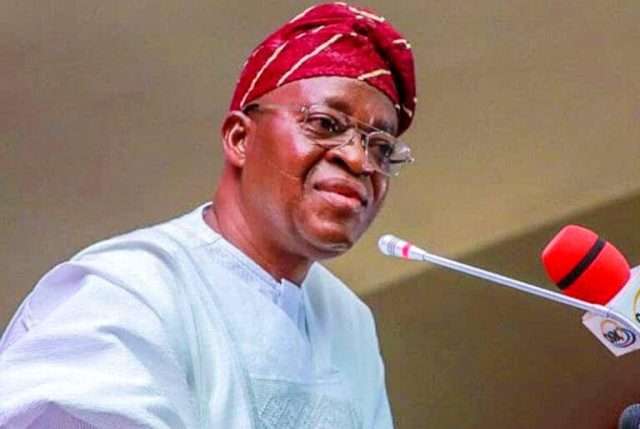 He extolled the Governor for his love and care for the officers and men of the Nigerian Army since he assumed office, adding that Oyetola ran an all-inclusive and participatory government where the interest of the masses and security agents are always considered a priority.

In a statement by the governor’s spokesperson, Ismail Omipidan, the military chief, who was on a familiarisation visit to the Governor in his office at the State Government Secretariat, Abere, Osogbo, said the good works of the Governor had endeared him to security operatives including men of the Nigerian Army.

He acknowledged the numerous achievements of the Governor, especially his management of the security of the State that had seen Osun remains one of the safest states in the country.