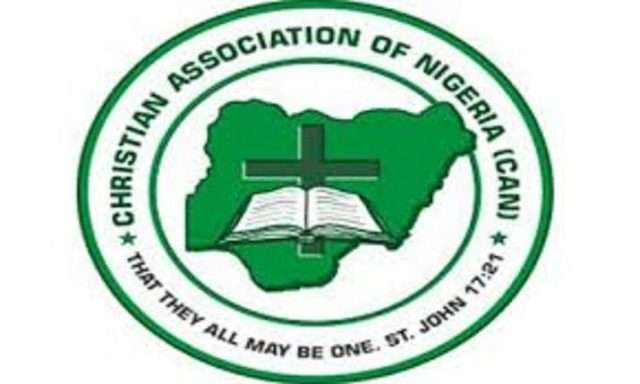 The Lagos State chairman of the Christian Association of Nigeria, Stephen Adegbite, a bishop, has said the church’s intervention helped the state governor, Babajide Sanwo-Olu, secure the ticket of his party, the All Progressives Congress (APC), for a second term in office.

Adegbite revealed in an interview published by the Punch on Saturday that the Christian body begged the state’s former governor and presidential candidate of the APC, Bola Tinubu, to allow the governor go for a second term.

He spoke on the backdrop of Tinubu’s choice of the former governor of Borno State, Kashim Shettima, a Muslim like himself, which has attracted condemnation largely from the Christian community in the country.

Speaking on Tinubu’s embrace of Islam and Christianity, he said the presidential candidate gave CAN five plots of land in the state capital, “not in Alimosho, not in Epe, not in Ikorodu but in the central business area of Ikeja, and that is where we are going to have our secretariat.”

He argued that the former governor returned missionary schools previously run by the government to their owners.

He also said the presidential candidate formed the pilgrimage ad hoc committee that transmuted into the Christian Pilgrims Welfare Board, allowing many Christians to go to the holy land on government sponsorship.

“Bola Tinubu accepted that a Christian must also rule as a governor, and that was why we had (Akinwunmi) Ambode. After four years of Ambode, he was removed and was not given the opportunity to rule for a second term. Babajide Sanwo-Olu won the election.

“He (Sanwo-Olu) narrowly escaped not being allowed to go for a second term, but the Church in Lagos also stood and approached Tinubu that he should be allowed because Muslims had ruled Lagos State for 15 years, so Christians should continue for, at least, another four years. He (Tinubu) agreed, and that is why Sanwo-Olu is contesting again,” Adegbite said.

The ICIR reports that since Tinubu left office as the state governor in 2007, he has become a kingmaker in Lagos State.

While declaring his interest in the presidency in January, he said, “no rule says kingmaker can’t become king,”

In his argument for Tinubu’s presidency, the Lagos State CAN chairman said the former governor had done enough for Christians and people from other faiths in the state to make him have their votes.

He said after the Christians in Nigeria kicked against his selection of his Muslim running mate, the candidate and his party apologized.

Asked by his interviewer if the apology was enough to appease the critics, he said, “That is what they (APC) want to adopt, and the position of the vice president is not the only position in a government.

“There are other offices we must concentrate on; that is why politics is about negotiation. So, if we are able to sit down with them and look at those offices and take care of the other religions and balance it, we will have a better Nigeria.”

While urging the citizens to participate in the electoral process, he challenged all leaders in the country to change the nation’s socioeconomic misfortunes through good governance.

It has been reported that Sanwo-Olu faces the Peoples’ Democratic Party (PDP), Olajide Adediran, Action Alliance’s (AA) Tope Balogun and others in the governorship election slated for March 11, 2023.

Tinubu is contesting the presidency with four three major rivals and about a dozen others in an election scheduled for February 25, 2023.

His three major rivals are Atiku Abubakar of the Peoples’ Democratic Party (PDP), Peter Obi of the Labour Party (LP), and Rabiu Kwankwaso of the New Nigeria Peoples’ Party (NNPP).