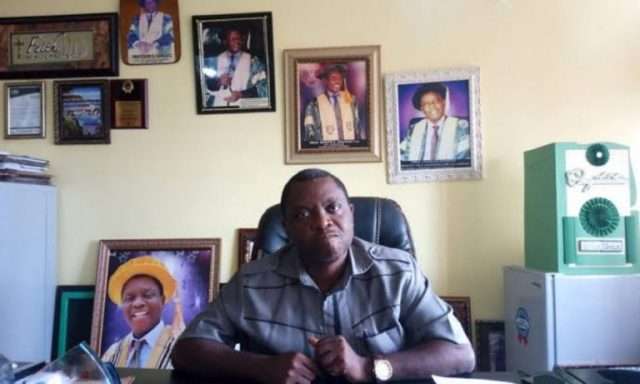 Esimone on Monday disagreed with the ranking, saying that UNIZIK deserves a far better placing if it was given the opportunity to present all basic parameters required for the ranking.

He lamented that the strike embarked upon by the Academic Staff Union of Universities played a major role in its lower ranking because the basic parameters for the exercise were not completed.

The Chairman of the Nigerian Universities Ranking Advisory Committee, Professor Emeritus Peter Okebukola, broke the news of the ranking in Abuja when he returned from the summit.

According to Okebukola, at least 12 Nigerian universities with Nnamdi Azikiwe University, on the list have shown remarkable improvements in world rankings and were applauded at the Times Higher Education World Academic Summit which ended in New York on October 12.

The ranking released by the Times Higher Education, he said has two Nigerian universities in the 401 to 500 band.

Esimone pointed out that his ambition is to achieve the number one position in Nigeria and at least 200 positions for UNIZIK in the world.

He said, “We did not reach the optimum. We would have been about sixth or seventh because I was doing what is required strategically with the supply of information.

“What we achieved was just a work of faith. The basic parameters,  about four of them were not completed, including data about students’ distribution.

“The strike action did not allow the staff to provide the data needed. We thank God all the same. About four parameters we would have put in place to showcase what we have done.”

The NURAC was set up by the Executive Secretary of the National Universities Commission, Prof. Abubakar Adamu Rasheed, to mobilise Nigerian universities and catalyse their participation in all global ranking schemes.

In the last 12 months, NURAC has been working with all universities and building capacities to ensure the actualisation of this mandate