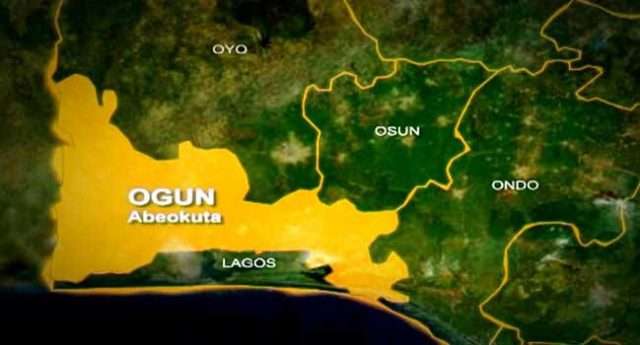 The accident, according to the Federal Roads Safety Corps (FRSC) occurred on Sunday morning in the Obada area of Abeokuta, along the Abeokuta/OTA expressway.

“The fatal crash occurred at about 7:15 hrs this morning after Obada police station, a total of five persons was involved. Two persons sustained injury and unfortunately, three persons were killed,” the statement read.

The Ogun FSRC spokesperson blamed the crash on a route violation, adding that a truck collided with a Nissan car.

She stated that the injured victims have been taken to the General Hospital, Abeokuta for medical attention while the bodies of the dead passengers have been deposited in the hospital morgue.

On his part, the FRSC Sector Commander in the state, Ahmed Umar, commiserated with the families of the crash victims.

According to Umar, motorists should drive cautiously and obey traffic rules and regulations.