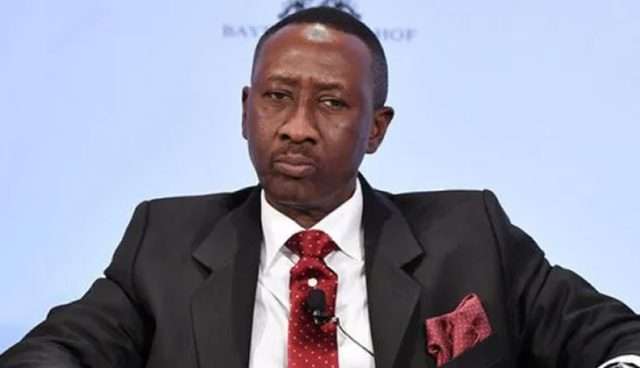 A Northern group, The Arewa Youth Assembly, said the security advisory by the United States Embassy and the British High Commission to their citizens over an imminent terrorists’ attack in Abuja has vindicated their call for the sacking of the National Security Adviser, Major General Babagana Monguno (retd).

The group had in August 2022 demanded that the President, Major General Muhammadu Buhari (retd.) should sack of the National Security Adviser or face mass action.

The the group had on August 1, handed down a 14-day ultimatum for the Buhari and went ahead to protest the failure of the president to relief the NSA of his job.

However, a statement by the Speaker of the Arewa Youth Assembly, Mohammed Danlami, in Kaduna on Friday, renewed call for the immediate sacking of the NSA, all heads of nation’s security intelligence – the Department of State Services, National Intelligence Agency as well as the Service Chiefs – the Chief of Army Staff, Lt. General Frouk Yahaya, Chief of Air Staff, Air Marshal Isiaka Amao and the Chief of Naval Staff, Vice Admiral Awwal Gambo.

In the interim, the organisation comprising youths from the 19 northern states and Abuja, called on the President relocate to Kaduna or even his home state of Katsina since the men he entrusted to secure him and other Nigerians had proven to incompetent.

According to the group, it is laughable that despite the huge in the nation’s defence budget and procurement of equipments to aide intelligence gathering, it took the intervention of the United States to expose the planned terrorists’ attack.

They argued that for the US, UK to expose the security threat on Abuja, the seat of power, was an indication that all was not well with head of the nation’s security architect.

The statement partly read, “The Arewa Youth Assembly, the apex umbrella body of northern Nigeria youths groups has stated that following the security advisory by United States of America’s Embassy in Nigeria to their staff and citizens over imminent terrorists attack in Abuja, which is gradually turning the nation’s capital to a ghost town, has vindicated us over our earlier call for the sack of the National Security Adviser (NSA), Gen.

Mohammed Babagana Monguno Rtd.“It is unimaginable, that despite the astronomic increase in our security budget and procurement of equipments to aide intelligence gathering, it took the intervention of the US to expose the plans of the terrorists to attack our nation’s capital.

“Since our persistent call coupled with protests for the sacking of the NSA fell on deaf ears, it is important for us to let President Muhammadu Buhari realise that terrorists can plan his kidnap for ransom and succeed, if he continues with the present heads of intelligence network.“

Since there is total collapse in the intelligence gathering of our country, which has forced us to become parasitic in America, we will like to use this medium to reiterate our call for the sacking of the NSA, all heads of Intelligence Agency and Departments and also the Service Chiefs under the leadership of the Chief of Defence Staff, Lt. General Lucky Irabor.

“In the interim, we wish to call on Buhari to temporarily relocate to either Kaduna or Katsina, since the men he entrusted with the security of the nation have proven to be grossly incompetent to secure the nation’s capital, pending when competent hands would take over from them.”