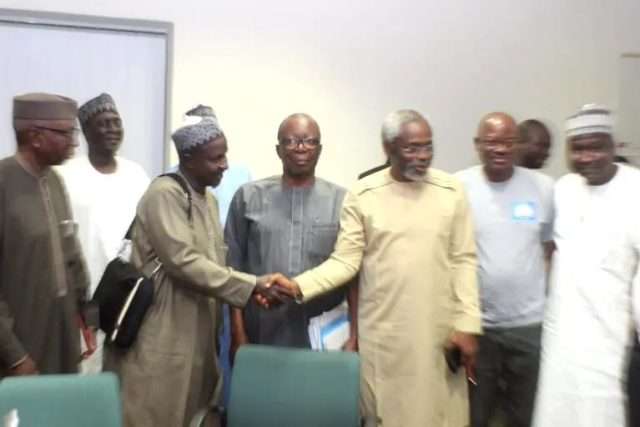 A principal officer of the union said each congress was briefed by the chairmen on the outcome of the meeting of the Speaker, House of Representatives, Femi Gbajabimila, with President Muhammadu Buhari.

“A major outcome of the Speaker’s meeting with Mr. President is the acceptance of the Federal Government to pay four months out of the eight months’ salaries after ASUU suspends the strike.

“The president agreed that the remaining four months outstanding salaries will be paid before the end of the years to academic staff in federal universities”, the source said, adding that it was a positive outcome that the various congresses voted overwhelmingly to suspend the strike and the decision will be taken to NEC meeting for ratification.

The branches summoned congresses based on the directive of the national body on Wednesday, and members resolved to ask the National Executive Council (NEC) to suspend the industrial action.

The decisions of the various congresses of ASUU will be tabled and discussed at an emergency NEC meeting scheduled for Thursday, in Abuja.

The ASUU official disclosed that NEC will certainly demand that the government offer be documented and signed so that it will not generate another crisis.

On other outstanding demands, the source said ASUU’s position on the new payment platform, revitalisation fund, and signing of the Nimi Briggs re-negotiation agreement has not changed.

“Those critical outstanding demands are sacrosanct. It is crucial to the survival of public universities. We hope when the strike is suspended, the government will put machinery in motion to conclude the re-negotiation and both parties sign the agreement”, he stated.

According to him, many of the branch chairmen are on their way to Abuja for the crucial NEC meeting but were silent on when the universities reopen for academic activities.

“The issue of resumption will be decided by NEC after consultation. It is the sole responsibility of NEC and members will comply”, he added.

Recalls that the Court of Appeal, Abuja Division, had on Friday, ordered ASUU to suspend its ongoing strike.

The appellate court gave the order in a ruling on an application by the ASUU seeking permission for it to appeal against the order of the National Industrial Court which asked the striking lecturers to resume duty.

The National Industrial Court, on September 21, granted interlocutory order in favour of the federal government, ordering the university lecturers to resume work pending the resolution of their dispute with the government.

Lecturers of the Federal Government owned universities had embarked on strike since February 14, 2022, to demand the release of revitalisation funds for universities; deployment of the University Transparency Accountability System (UTAS) for the payment of salaries and allowances of university lecturers; release of earned allowances; the release of the white paper report of the visitation panels to universities and other issues involving the ASUU-FGN 2009 agreement.

The Federal Government had set up a negotiation team to look into the Union’s demand.

However, amid several failed negotiations, the Government approached the court to order ASUU to suspend its strike while it engage the union to address the dispute