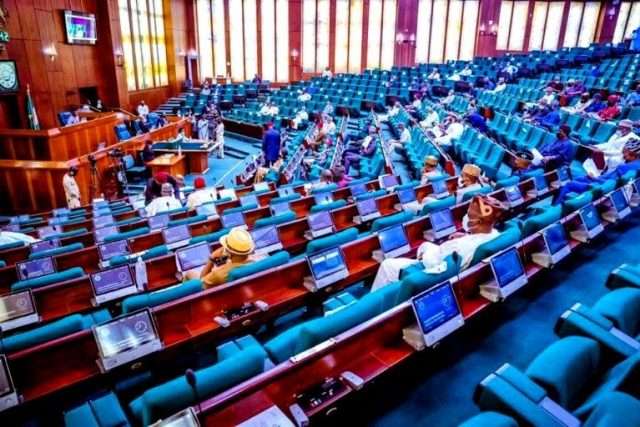 The House of Representatives yesterday mandated its committee on finance to investigate the actual amounts disbursed to the 36 states and 774 Local Government Areas of the federation from 2012 to 2021 by the Central Bank of Nigeria, CBN, and the Federal Ministry of Finance.

The committee is also to probe the total remittance to the federation account by related agencies of the Federal Government, the cost of the collection deducted for the entire period, statutory backing for same and utilization within the period under review.

It is equally to probe the accuracy of data provided to the Revenue Mobilization, Allocation and Fiscal Commission, RMAFC, by the 36 states and 774 Local Government Areas of the federation that was used to compute the indices utilized for vertical and horizontal revenue allocation, including 13% derivation from 2012 to 2021 and the current nature of maintenance of this data.

The indices computed for each of the 36 states and 774 Local Government Areas of the federation by RMAFC from 2021 to 202, transmitted to the Accountant General of the Federation for revenue disbursement to the states from 2012 to 2021, including the parameters utilized to compute the indices, are also to be probed by the committee.

The allocation principles utilized by RMAFC in the proposal of new vertical allocation formula and consider efficacy and suitability of same in line with current and changing realities and the proposed principles for a new horizontal allocation formula; and the violation or otherwise by the Federal Ministry of Finance, CBN and other members of FAAC in the administration of the federation account, considering provisions of Section 162(3)(4)(5) and (7) of the 1999 Constitution (as amended), will also be investigated.

account, with regards to the horizontal and vertical revenue allocation formula and indices for disbursement of 13% derivation funds by the Accountant General of the Federation.

According to him, the data is required to be obtained from the 36 states and 774 Local Government Areas of the federation by RMAFC.

He said: “RMAFC’s new proposal to the President in April 2022 for a revenue allocation formula is for vertical revenue allocation alone and is alleged to have utilized the over 30 years old allocation principles and recent data that is inaccurate and unverified with no consideration being made at the moment for the more contentious horizontal allocation formula which determines the actual impact on the lives of Nigerians in the federating units.

The last time RMAFC claimed to have undertaken a comprehensive review of the vertical and horizontal revenue allocation formula, which entailed collection and verification of data from the 36 states and 774 local government areas of the federation was in 2012, which exercise was fraught with speculations about the accuracy and comprehensiveness of the exercise, considering allegations that several states were not visited at all because of the lack of RMAFC’s capacity to do so.”

Consequently, there are doubts about the comprehensiveness of the recent exercise embarked upon by RMAFC in 2021 (almost 10 years later) that culminated in the submission of the new revenue allocation formula proposal to the President in April, 2022.”

Adopting the motion, the House gave the committee eight weeks within which to conclude the assignment and report back for further legislative action.