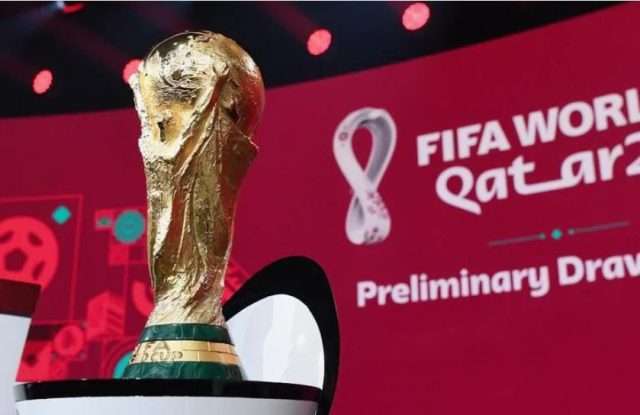 The bill being paid by Qatar for the most expensive World Cup ever held is set to rise to fantasy levels in the one month left to the November 20 kickoff.

Gleaming new stadiums that cost more than $6.5 billion are ready, a driver-less metro system with a price tag of $36 billion serves five of the eight venues.

The palm tree-styled street lamps and neon office blocks that line the highway from the expanded international airport to central Doha will be an instant sign to the million-plus incoming fans that the first World Cup in an Arab nation is going to be a glitzy affair.

But with Qatar’s organisers desperate to convince the world of the event’s lasting legacy — clouded by a corruption investigation, and criticism of Qatar’s rights record and even of the use of stadium air-conditioning — more cost is likely.

Thousands of labourers are working through the night to finish some hotels, apartment blocks and roads.

Qatar’s natural gas riches have given the emirate seemingly bottomless pockets to pay for the football extravaganza.But mind-boggling estimates of up to $300 billion have been given for the total infrastructure spending over the past decade.

Qatar, with a population of just 2.8 million, is one of the world’s wealthiest countries. And comparisons are unfair, according to Danyel Reiche, a visiting associate professor at Georgetown University Qatar who is leading a research project on the World Cup.

“So much of the infrastructure spending was already part of Qatar’s 2030 development plan and has just been brought forward for the World Cup,” he said.

FIFA has lauded Qatar’s preparations and the eight stadiums designed to highlight Arabic tradition and culture.

“Together we will deliver the best World Cup ever, on and off the field,” its president Gianni Infantino reaffirmed this week.

But rights groups are still pressuring FIFA and Qatar to dig into their pockets to compensate South Asian workers who died or were injured during the building frenzy since the tournament was awarded in 2010.

“There are families that have been left in debt because of the workers who moved to Qatar to build this infrastructure and died. We can at least put it right before the World Cup starts,” said Rothna Begum of the Human Rights Watch campaign group.

“The spotlight will be lost after the World Cup. It is hard to celebrate these games knowing that these families have nothing.”

Qatar has said that much of the criticism of its record is unfair, pointing to widespread reforms over the past five years that have helped the hundreds of thousands of migrant workers in the state.

Qatari newspapers have blamed a European media “conspiracy” for the criticism of labour and LGBTQ rights.

Qatar is one of about 70 countries where homosexuality is criminalised — but it has insisted that all are “welcome”.

Reiche said “it is a rare one among (the 70) where it is not prosecuted” and added that “it remains to be seen whether Qatar will follow Singapore’s lead in decriminalising same-sex relationships”.

Away from politics, expectations are growing among Doha’s population.

Sitting in a cafe in the Souq Waqif tourist district, Yasmian Ghanem, a member of Qatar’s golf team, said “supporters are going to have a lot of fun” in the state.

Qatar’s football fans are meanwhile nervously watching the national team’s form.After so much spending many are desperate to see the host nation at least get past the group stage.

But the Asian champions are the lowest-ranked side in their group — 50th in the world — against Netherlands, Senegal, and Ecuador.

The gala opening match against Ecuador (44th) is seen as an early must-win game as Qataris dream of repeating South Korea’s feat of reaching the semi-finals when they co-hosted the tournament in 2002.

Former Qatar coach Philippe Troussier said the team has only a “50-50” chance. “It will be tough.” Christian Gourcuff, a former coach at the Al Gharafa club side, said Qatar has put “phenomenal” means into preparing the national side.

But he believes that apart from attacker Akram Afif they lack an “international dimension” and that could cost Qatar their World Cup ambitions.