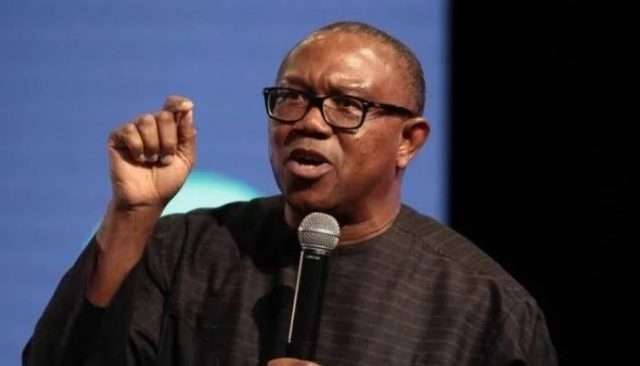 Labour Party’s presidential candidate, Peter Obi on Saturday kick-starts a nationwide campaign ahead of the February 2023 poll with a rally in Lafia, the Nasarawa State capital in the North-Central geopolitical zone of Nigeria.

Obi; his running mate, Datti Baba-Ahmed; National Chairman of the Labour Party, Julius Abure; and other members of the party’s 1,234 campaign council members arrived at the venue of the rally on Saturday around 11am.

The Director General of Obi’s campaign council, Doyin Okupe said the campaign train of the former Anambra State governor will be massive across all the six geopolitical zones of the country.

According to Okupe, Obi and Baba-Ahmed will crisscross the length and breadth of Nigeria from Nasarawa State to meet with their supporters popularly known as ‘Obidients’ in all parts of the country. ‘Obidients’ have held rallies in major cities to make a statement that they exist beyond social media.

The Independent National Electoral Commission had approved the commencement of campaigns effective September 28. Although Bola Tinubu of the All Progressives Congress and Atiku Abubakar of the Peoples Democratic Party and other frontline candidates have since started campaigns, Obi suspended the official start date of his campaign mid-October in solidarity with millions of flood victims across the country.

The former governor had called on Atiku, Tinubu and other presidential candidates to suspend their campaigns to support efforts to alleviate the sufferings of flood victims in over 20 states in Nigeria.

According to the National Emergency Management Agency, the 2022 floods devastatingly claimed over 600 lives in Nigeria and displaced millions of people who now seek refuge in Internally Displaced Persons’ camps scattered across the country.

In an interview, Baba-Ahmed said those who think Obi and himself are not received in Northern Nigeria don’t know what they are saying.

“Whoever thinks that Labour Party or Obi-dient movement or Peter Obi as an individual is not being welcomed in the north, they are making a huge mistake.