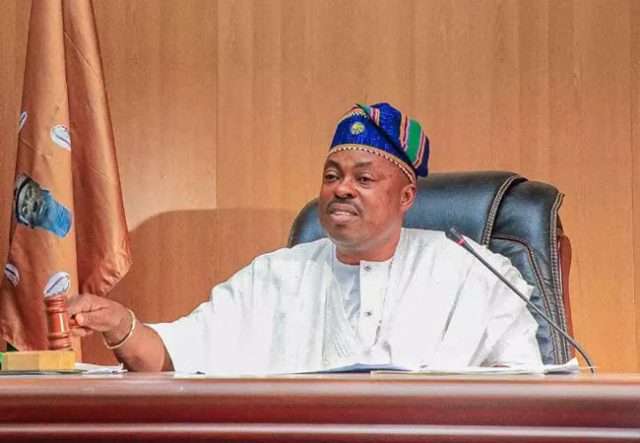 The Speaker of Osun State House of Assembly, Timothy Owoeye, on Wednesday, launched a website where information about the parliament and activities at the plenary could be accessed.

Owoeye, while speaking during the formal inauguration of the platform held in the premises of the House of Assembly in Osogbo, harped on the importance of the facility being a critical tool to improve interaction between the lawmakers and their constituents.

He also said the platform would enable the legislators to perform their duties more effectively and efficiently, and encouraged youths in the state to pick interest on how they were being governed and participate in the democratic process.

He said, “Of all the items listed on the 7th Assembly legislative agenda, it is the e-parliament that is pivotal to all others. A functional e-parliament enables clustersand dwellers living in rural areas to gain better access to their legislators.

“Citizens, who by unconventional design are cut off from political debate, are provided the opportunity to form their own opinions, as well as participate. In this regard, e-parliament facilitates healthy constituent representative relationships by helping the parliament to be more responsive to the interests and diverse views of their constituencies in a democratic state.”