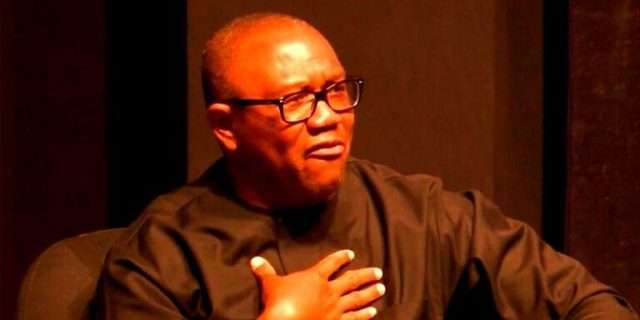 The Presidential Candidate of the Labour Party’s (LP), Mr. Peter Obi , is in mourning following the death of one of the party’s Zonal Chairmen in Kaduna State, Mallam Lawal Garba.

Garba lost his life in a fatal road car crash along the Kaduna-Zaria road on his way back home from the party’s engagement with Northern stakeholders in Arewa House, Kaduna, on Monday.

In a statement signed by the Chief Spokesman of the Labour Party Presidential Campaign, Dr. Yunusa Tanko, in Abuja, on Tuesday, Obi said, he was saddened by the news of the sudden death of Mallam Lawal Garba.

Obi was quoted as describing the news of Mallam Garba’s death, ” just an hour after left us as devastating and shocking .

“He was a great party leader, a great guide and adviser to the Labour Party in the planning and prosecution of the Presidential Campaigns“My heart goes to the family, the teeming Labour Party members, the Obidients family, the entire people of Tudun Wada and the Kaduna State in general.”

The Elder Stateman had joined other party faithfuls to see off the presidential candidate and his vice, Datti Baba Ahmed, who were returning to Abuja after the engagement at the Arewa House to the Kaduna Airport and was going back home when the accident occurred.

Obi noted that the late party chieftain died a matyr because he lost his life fighting to rescue the Nigerian State from total collapse.

The LP Presidential Candidate prayed for God to grant the late patriarch’s soul eternal rest even as he urged members of the party and the Obidients family to work harder to ensure victory for Labour candidates in the forthcoming general elections so that his death will not be in vain.