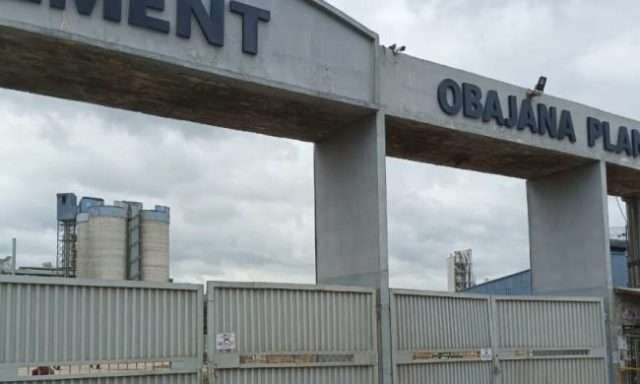 The presidency has waded into the tussle between the Dangote Group and the Kogi State government over the ownership of the cement factory in Obajana, Kogi State.

Ideemlawful reports that the President of the Dangote Group, Aliko Dangote, Governors Yahaya Bello (Kogi) and Abdullahi Sule (Nasarawa) attended a meeting at the Office of Chief of Staff to the President in Presidential Villa in Abuja to find a common ground in resolving the crisis.

A reliable source in the Presidency confirmed the meeting, even the governor of Kogi State was sighted heading towards the Chief of Staff Office shortly after attending the inauguration of the All Progressives Congress (APC) Women Presidential Campaign Committee at the Banquet Hall of the State House.

Ideemlawful had reported that the Kogi State government shut down the Obajana factory over allegations of tax evasion and unresolved ownership.

The intervention from the presidency comes days after the factory was shut down, even as the management of Dangote Group said it had concluded plans to approach the court to seek legal redress on the legality.

The Kogi State vigilance members reportedly stormed the cement factory and in an attempt to force the workers out of the facility allegedly injured several of them.

The Group Managing Director, Dangote Cement Plc, Michel Puchercos in a statement had said, “We reiterate that the Obajana Cement plant is 100% owned by Dangote Cement PLC.

In forcefully evicting the workers to enforce the shutdown, the vigilantes shot 27 of our workers and destroyed some of the company’s property at the plant.”