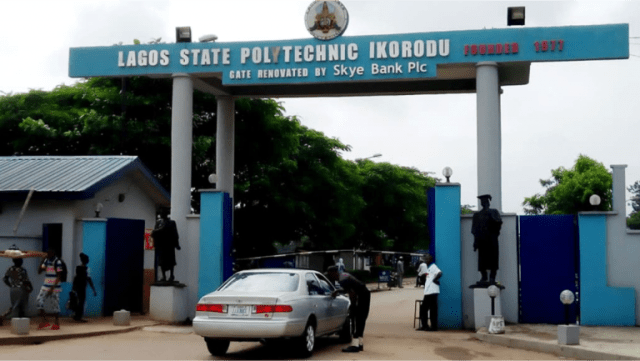 The Lagos State University of Science and Technology has inaugurated its pioneer Senate for the proper coordination of school activities.

The Senate is the first to be set up by the university to kick off the running of the newly established Institution.

While inaugurating the body on Friday at the University campus, Ikorodu, the Pro-Chancellor and the Chairman, Governing Council, Prof. Rasheed Ojikutu, charged the members of the senate to be up and doing and justify the huge resources the Lagos State Governor, Babajide Sanwo-Olu has committed to the establishment of the university.

“We should and must understand that the administration of Governor Sanwo-Olu did not commit huge financial and human resources into the establishment of two new universities merely to increase the quantum of students going to school but to create an environment for innovative teaching strategies and competency-based learning that will eventually nurture societal change makers.“

The new senate cannot afford to tow the same line that many new universities go through in their formative years which in the course of time turns them into another tutorial center rather than a hub of research, innovation, and technology.

“We must right from the beginning design and develop for ourselves and our community a brand that will be second to none in Nigeria, Africa, and the world. Lagos State University of Science and Technology must be identified for its specialization,” Ojikutu was quoted as saying in a statement by the varsity’s Director, Information and Public Relations, Lanre Kuye.

He also noted that there are many opportunities the institution can leverage such as the Island and Atlantic Ocean to place the state among the innovators in Marine Sciences and Technology.

“The raw materials are all around us, our proprietor is ever willing to commit resources into our project, and we claim to have the knowledge. What else do we need to make a difference?,” he quipped.

Also speaking, the Vice Chancellor, Prof. Olumuyiwa Odusanya, pledged that the body would live up to its responsibilities and make the institution be best among others nationally and internationally.In his maiden address titled “A Historic and Giant Step for The University of Excellence”, the VC, who doubles as the Senate Chairman, analysed the functions of the senate to include formulation and establishment of academic policy, regulation of admissions into the university, regulation of research within the university, coordination of degree awards and others.

He pledged that the university will come up with significant research and development in the next five years.

The membership of the senate consists of Vice Chancellor as the Senate Chairman; deputy vice-chancellors; university librarian; deans of colleges and student affairs; heads of departments; all professors of the university; directors of the academic programmes; and six elected members of the academic staff.