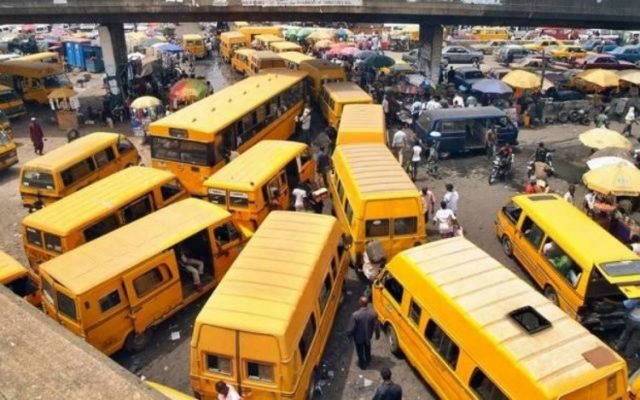 The joint Drivers Welfare Association of Nigeria ((JDWAN)), on Sunday, said it will commence its proposed seven days strike starting tomorrow (Monday) as its meeting with the state government yielded no result.

He said the essence of the meeting which took place over the weekend was defeated as all the drivers got was threats upon threats, hence the strike will take place as scheduled.

“The Lagos state government has since made no concrete response to JDWAN demands, rather, their representatives only asked for another letter to be submitted on monday, which is regarded as a joke on our part, having release press statement with concise demands, we also honoured the demand to deliver physical copy of the letters to the Lagos State government, the SSS, The Commissioner of police and commissioner for transport respectively.

“The retired AIG also expressly said they can’t get rid of bus stop to bus stop extortionists because they are working for the state government, he also suggested that MC oluomo can organize thugs to attack us and we will be blamed or credited for the violence, all in a failed fear-mongering tactics, also the assistant to the minister for transportation threatened to arrest us and our lawyer while in their office.

“The statement of threat by Hakeem Odumosu that MC oluomo could attack our members, is already happening, through sile sekoni (burger) of badagry roundabout motor park management branch, JAFO (oniba of iba) of caretaker committee, iba branch, Seyi bamgbose (student) of Iyana iba caretaker committee branch who threatened to beat and kill drivers on Monday 31st of October. JDWAN notes that lagosians must be aware that if anything happens to our drivers, the elements named above should be held responsible

“It is sad that the representatives of Governor Babajide Sanwo Olu are mocking Lagos drivers’ predicament and are disinterested in stopping the major factor causing high cost of living in Lagos, by asking for another letter and demanding that we call off the boycott without addressing our five demands.

“Drivers and commuters have had a brimful of extortion and harassment from the motor park management and caretaker committee thugs popularly known as Agbero. it is also visible to the blind in Lagos that the cost of goods and services is a consequence of Agbero’s extortion, no goods can be delivered and 95% of working-class resident can be transported without the service of commercial drivers. The unfettered and violent extortion by the Lagos government agents has not only increased transportation fare beyond the affordability of workers but also made every good and service out of reach of the poor Lagosians,” he said.

The transporter’s leaders listed the demands of the drivers to include:

“Our demands are clear and sacrosanct!
1) Obeying the court order.

We kick against Paying motor park thugs at every bus stop. All illegal money at garages and parks must stop
Harassment of law enforcement agencies & intimidation with guns, Cutlass, and broken bottles by LASTMA, task force & RRS must end immediately.

Lagos State government should build and assign more bus stops for commercial use to avoid arrest by lastma for dropping off passengers at existing bus stops which are known to commuters as official bus stops.
“Once again, we are calling all Lagos commercial drivers, commuters, civil society organisations and residents to observe the 7 days boycott on Monday 31st of October, stay at home and not ply any road for commercial purposes or block any road whatsoever. All drivers should enjoy their day with their families without extortion and violence of the Agberos of motor park management and caretaker committee since the government has refused or shown any sign of stopping the state-approved extortion.

“We are also giving the Lagos state government and the thuggish motor park extortion agency a 7-day ultimatum to respond to our demands.

“JDWAN and all justice-loving Citizens should remain law-abiding, should refrain from blocking the roads, avoid violent confrontation and demonstrations,”

The Chairman, Lagos State Parks and Management Committee, Musiliu Akinsanya popularlly known as MC Oluomo did not respond to calls by Vanguard