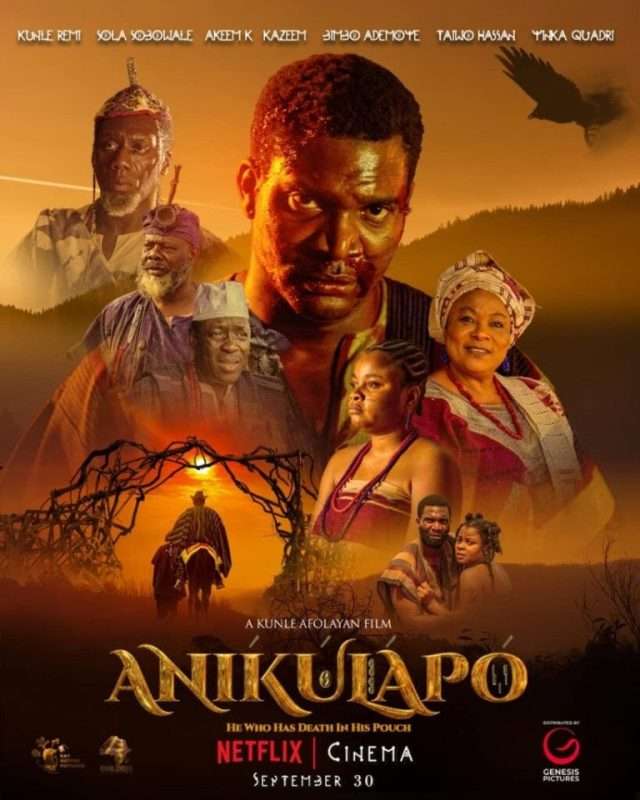 Ever since ‘Anikulapo’, the latest movie of ace filmmaker, Kunle Afolayan, premiered in cinemas and on Netflix on September 30, 2022, it has been getting positive reviews. One aspect of the movie that has continued to receive applause is the soundtracks composed by singer and songwriter, Kent Edunjobi.

In an interview, the artiste opened up on how he made the soundtracks for the movie. He said, “The first step was reading the script and understanding the story clearly. Then, I went on location to soak up the ambience of the film. Right there on location, we recorded some ambience and traditional drums for keep. Then, we started the song writing process and recording the songs.

“I wouldn’t really say I was reached out to because I have been part of his team since 2016. ‘Anikulapo’ has been a project Mr Afolayan has been talking about and working on even before I joined his team. When the script came out and I read it, I knew it was time to make magic again. I got my team together and brought the excitement of the script down to the location and down to the music studio.”

In addition, Edunjobi said he was glad with the reviews the movie’s soundtracks had been getting and also recounted how he met the Afolayan and the works he had done previously.

He said, “So, far it’s been very great reading people’s reviews and seeing this kind of buzz without even pushing. I mean, from the day of the movie premiere, the reception has been mind-blowing. All I can say is thank you to everyone for this show of love. I really appreciate everyone talking about the songs.

“I met Mr Afolayan in 2012 and gave him a CD containing my songs. After that, we lost contact. In 2016, we reconnected through Omotunde Lolo 1 and that was how I started writing songs for motion pictures. My first was ‘Roti’, after that we have done so much work together and are still working together, he said.”