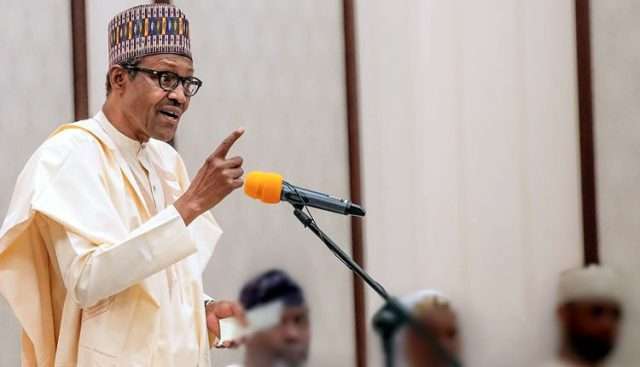 PRESIDENT Muhammadu Buhari has directed the Minister of Water Resources, Mr Suleiman Hussein Adamu, to lead and coordinate with the Ministries of Environment and Transportation as well as state governments to develop a comprehensive plan of action for preventing flood disaster in Nigeria. The order was contained in a statement issued by Garba Shehu, Senior Special Assistant to the President on Media and Publicity, on Monday. It said the president’s directive, which was conveyed to the minister in a letter signed by his Chief of Staff, Professor Ibrahim Gambari, said the plan should be presented to him in 90 days. According to the statement, Buhari is regularly receiving updates on the flooding situation in the country and has restated his commitment towards addressing the challenges caused by the disaster in the country.

This year’s floods in the country are thought to be the worst in a decade with over 1.4 million people reported to have been forced out of their homes, over 70,000 hectares of farmlands destroyed and more than 500 people killed. Meanwhile, Lagos State government on Monday warned all waterfront residents of Ikoyi, Lekki and Victoria Island and coastal areas of Epe and Badagry to be wary of back-flow due to the high tide in the Lagos lagoon.

In a statement, the Commissioner for Environment and Water Resources, Tunji Bello, explained that the latest advisory became necessary due to the high tide of the Lagos lagoon. Bello stressed that the high tide of the lagoon has made it difficult for storm run-off from the various channels to discharge effectively into the lagoon, which may cause stagnation into the streets and major roads until the level of the lagoon subsides to allow for a discharge of the channels. He described the trending video of the water level under the Third Mainland Bridge almost being filled to the brim as fake news, stating that the video only captures the Oworonshoki end of the Third Mainland Bridge, which is normal because the area is a deck on pile. He cautioned people, especially those on the social media, against sending messages across to residents capable of creating unnecessary anxiety among the people. The statement advised residents of the affected areas in Lagos Island and other coastal areas to monitor the incidental rains regularly, ensure situational awareness at all times, refrain from dumping refuse in the drains and clean their tertiary drains regularly.

He stressed that the state has embarked on and is continuing massive drainage clearance and the construction of new channels in addition to continuous deployment of the quick response Emergency Flood Abatement Gang to free up manholes and black spots to ensure optimum capacity of the drains to contain runoffs. In another development, a non-governmental organisation, Divine Great Minds Empowerment Foundation (DGMEF), has lamented that over 400 residents of Okume community in Kogi Local Government Area of Kogi State are currently homeless and facing untold hardship after being displaced by flood. The group then appealed to the state government and good spirited Nigerians to come to the aid of Okume community. The executive director of the foundation, Mr Yakubu Abdulrazak, made the appeal on Monday at Okume community during the distribution of food items to victims of the flood. According to him, the appeal become necessary due to the damage done to the community by the flood, where almost all houses and farmlands are now under water. Also speaking, the youth chairman of the community, Bala Abdullahi, said two months ago, the community had sent a letter of assistance for relocation and provision of relief materials to the state government through the State Emergency Management Agency (SEMA), just as he lamented that nothing had been done about the appeal.

Meanwhile, the Pan Niger Delta Forum (PANDEF) has set up a committee to cater for flood victims across the Niger Delta area. This was contained in a statement signed by PANDEF’s national publicity secretary, Ken Robinson, and made available to the Nigerian Tribune on Monday in Delta State. Robinson said the flood committee was part of the conclusions reached at the forum’s extraordinary meeting held Thursday, October 20, in Abuja. He said: “The Flood Relief Committee is to be chaired by the National Woman Leader of PANDEF, Mrs Betty Igbeyi. “The terms of reference of the committee are to identify the communities that are most affected by the flood in the Niger Delta states, decide on the form and extent of relief to be provided, identify charitable sons and daughters of the Niger Delta as well as corporate organisations within and outside the region to engage for support and partnership, decide the best approach to employ in the deployment of the relief effort and ensure the principled, timely, effective and efficient implementation of the relief effort, among others.

“The committee has three months to conclude its assignment, with effect from October 24.”