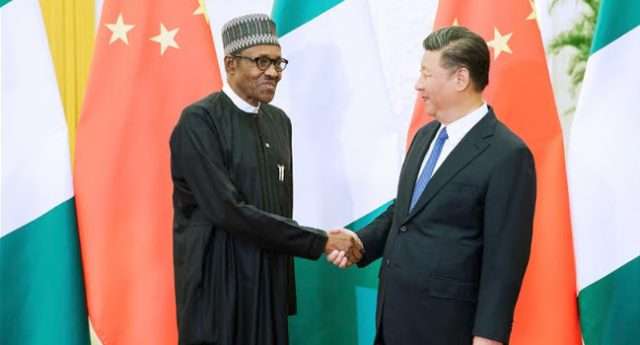 Nigerian President Muhammadu Buhari has congratulated President Xi Jinping on his re-election as President of the Peoples’ Republic of China.

The party’s Central Committee elected Jinping as its general secretary for another five-year term, bringing the country back towards one-man rule after decades of power-sharing among its elite.

A day after the re-election, Buhari expressed hope that Jinping’s continued grip on power will deepen bilateral ties between Nigeria and China.

“I hope that your re-election would pave the way for deeper and enduring partnership and strategic cooperation that will be mutually beneficial to our two countries,” Buhari was quoted in a statement by his media aide, Garba Shehu.

“I believe that the development of infrastructure, such as railways, dams and roads construction, power generating plants, as well as trade exchanges will receive a strong boost,” says President Buhari in a message to the Chinese President.”