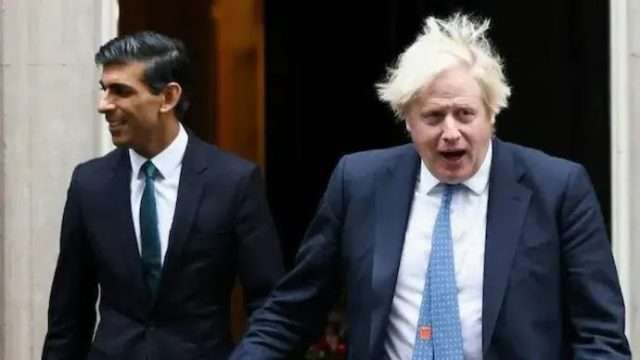 The former United Kingdom’s Prime Minister, Boris Johnson has congratulated Rishi Sunak on his emergence as the new PM.

Sunak became Tory leader after he had a threshold of 100 nominations from MPs on Monday as the youngest and first of Asian ancestry in the history of Britain.

Speaking about Sunak’s assumption of office, Johnson on Tuesday urged Conservatives to give him “their full and wholehearted support.”

The former PM’s words came after he withdrew from the Tory leadership race – claiming he had the nominations needed to make it onto the ballot paper but admitting he could not unite the party.

Shortly after Sunak’s first speech as PM, Johnson tweeted: “Congratulations to Rishi Sunak on this historic day, this is the moment for every Conservative to give our new PM their full and wholehearted support.”

In a statement on Sunday evening, Johnson said there was a “very good chance” he could have been back in No 10 by the end of the week if he had stood.

However, his efforts to “reach out” to his rivals – Sunak and Mordaunt – to work together in the national interest had not been successful so he called it quits.