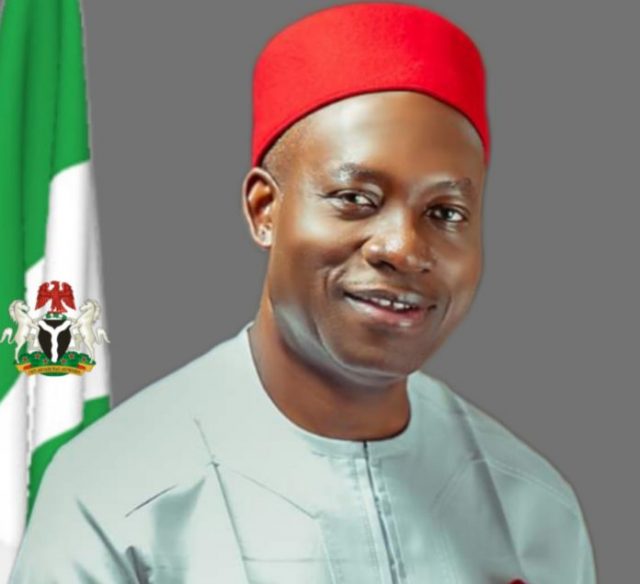 Traders in Onitsha, Anambra State, have commended the state governor, Professor Chukwuma Soludo, as well as the Commissioner for Commerce and Industry, Obinna Ngonadi, for their fight against touts and illegal levy collectors in markets across the state.

The traders led by an industrialist in the state, Chief Mike Emerah, and traders from the New Auto Spare Parts Market, Nkpor, Idemili North Local Government Area, stated this on Wednesday, while advising the governor not to relent in the effort at totally sanitising the markets.

The group dismissed the corruption allegations against the commissioner, describing it as the handiwork of disgruntled elements who want the “business as usual” tradition to continue in the markets.

Emerah, who is also the chairman, Board of Trustees of the market, said no amount of blackmail would deter the duo of governor and the commissioner from taking traders and the people of the state to the next level.

He said, “This administration sacked touts on the roads, parks and markets and everybody is happy. As far as I know, the commissioner is not one of those you can easily entice with money or any gift item. That is why they are attacking the commissioner for doing the right thing.

“So when you are ensuring that the right thing must be done, this is the type of attack you get in return for refusing to abide by the business as usual tradition. He should be strong because more of such bullets are coming as they will continue because it is from there that these attackers eke their living.

In his reaction, the chairman of the New Auto Spare-parts market, Chief Elysius Ozorkwere, described the allegation against the commissioner as frivolous and a figment of the imagination of defeated candidates and saboteurs who orchestrated such allegation to attract sympathy.

“We have approval from the Anambra State Physical Planning Board and a solid recommendation from the commerce and industry ministry, even before the new commissioner came on board and he merely authenticated the approval after perusal and the project is 30 per cent constructed and we hope to get it completed in record time.

“We assure the genuine traders that their shops are intact and those members without shops will have one, despite the antics of the opposition, what the traders should do is to disregard the few that failed election and listen to the executive that is interested in their welfare,” Ozorkwere stated.

In his own contribution, the secretary of the market, Uchenna Malobi, said that the documents were there for all to glance and know that the project has the backing of the state government, duely approved by the state physical planning board and endorsed also by the commerce and industry ministry.