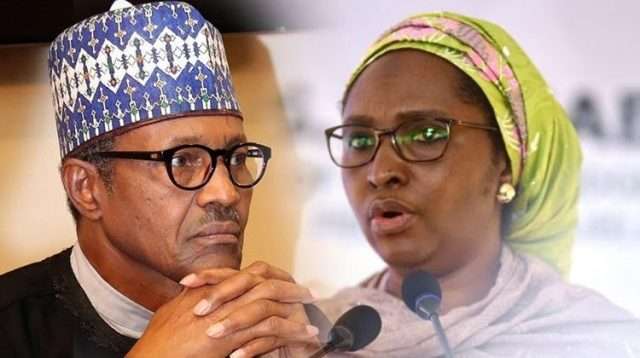 Says physical FEC meeting not yet probable The Presidency, on Wednesday, said the N19.76tn Appropriation Bill for the 2023 fiscal year would undergo more adjustments before being presented to the National Assembly on Friday.

Addressing State House correspondents after the meeting chaired by the President, Major General Muhammadu Buhari (retd.), the Special Adviser to the President on Media and Publicity, Femi Adesina, said the council “discussed extensively” the Appropriation Bill.

“It was discussed extensively and there were inputs. Whichever inputs need to be reflected before Friday will be done. And then it will be presented to the National Assembly,” he said.

Ideemlawful reported that Senate President Ahmed Lawan, while reading a letter from the President to lawmakers on Tuesday, said the presentation would be held at the temporary chamber of the House of Representatives, which he said would accommodate all 469 federal lawmakers, the President, and his entourage.

However, Adesina did not reveal the details or modifications to the bill.According to him, it would be “improper” to reveal details of the budget before Buhari presents it to a joint session of the National Assembly on Friday morning.

He noted that the Minister of Finance, Budget and National Planning, Dr Zainab Ahmed, will give a bill breakdown only after Buhari’s presentation at the NASS.In August, Ahmed announced that the total budget would be N19.76tn.

Explaining further, Adesina said: “We will not have the traditional briefing of what happened at the council because it’s about a budget that will be presented on Friday morning. We want to give the National Assembly the honour of receiving it first.“

It was virtually a one-item Federal Executive Council meeting in which the budget proposals for 2023 were presented and discussed at length. That budget proposal will be taken to the National Assembly on Friday morning by Mr. President. So, it would not be proper to discuss the contents of what will be officially presented on Friday.

“Yes, you know, usually, after the budget has been presented, there will be a breakdown by the Minister of Finance. So, it will not be proper to unveil what has not been taken to the National Assembly.”

When pressed for details, the President’s spokesman only revealed parts of the bill to be adjusted.

“So, all those things have been discussed and where they needed to tweak some of the projections, that has been done. The President will present the final approved copy on Friday.

“My brief is to inform you that the budget was discussed at length—all the details. But as a mark of respect for the National Assembly who will receive it on Friday, it is not prudent to begin to give out this information,” he explained.

When asked about the resumption of a complete physical FEC meeting involving all cabinet members, the presidential spokesman said it would be improbable as the Chambers cannot house the sheer number of attendees.

He explained, “You must follow the protocols as done by the steering committee on COVID-19. And the last protocol they announced was that you are at liberty to do without your mask when you are in an open place. But when you are in an enclosed area, it is advisable to use your mask. The council chamber is enclosed.

“There are 43 ministers and by the time 43 ministers congregate there, along with other Cabinet Office staff, it’ll become choked. So it may not be advisable to have a full-blown physical meeting yet, but I’m sure we’ll get to that point.”