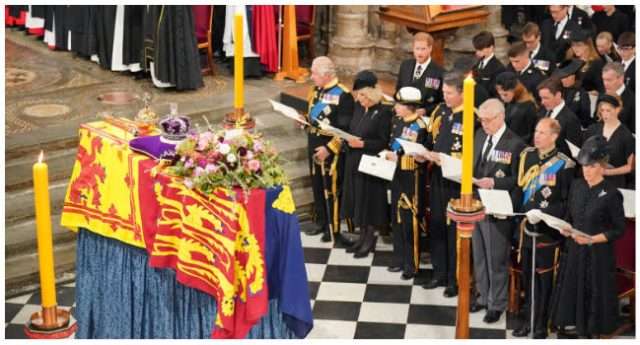 The laying to rest of Queen Elizabeth II, whose 70-year reign witnessed the aftermath of World War II, the Cold War and dizzying technological change, marks a further step in a leave-taking with the 20th century.

The British monarch exercises little real power but Elizabeth was a titanic figure on the 20th-century stage, whose first prime minister was wartime leader Winston Churchill, met the first man in space Yuri Gagarin, and made landmark visits to newly independent nations as the British Empire fell apart.

Her death at the age of 96 was even more symbolic coming just over a week after the passing of former Soviet leader Mikhail Gorbachev, 91, another among increasingly few surviving icons of the last century, who let the USSR dissolve and eastern Europe escape Moscow’s grip.

Their disappearances comes as the world is still recovering from the Covid-19 pandemic, shaken by Russia’s invasion of Ukraine, which has revived fears of nuclear war, and waking up to how climate change could wreck the hopes of this and future generations.

“These were absolutely central figures whose like we will be hard-pressed to see again,” said Gilles Gressani, director of the French geopolitical journal Le Grand Continent.“We are living in an interregnum — a space between two reigns, two eras,” he added.

“We often have this angst and anxiety; we know well that the world is changing because of the pandemic, the war in Ukraine, terrorism, economic crises and the climate crisis.”

Losing the threadsQueen Elizabeth II will be buried Monday alongside her father, King George VI, and other family members at Windsor Castle outside London, after a state funeral attended by world leaders in the heart of the British capital.

Gradually, the world is losing the threads that still tied it to the 20th century, and just a few iconic figures remain alive.The great cultural giants are also taking their leave — Jean-Luc Godard, one of the most influential filmmakers of the 20th century and the father of the French New Wave, died last week by assisted suicide.Nelson Mandela, who campaigned to end apartheid in South Africa and then became its first majority-rule president, died in 2013.

Cuban revolutionary leader Fidel Castro, who led his country for half a century and was an icon of the Cold War, died in 2016.Jimmy Carter, 97, is the sole former US president still alive to have ruled exclusively in the 20th century, during a convulsive single mandate that saw the overthrow of the shah in the Islamic revolution in Iran.His successors Ronald Reagan and George H.W. Bush died in 2004 and 2018 respectively.

The current Dalai Lama, the spiritual leader of Tibetans based in exile in India since 1951, when a Tibetan uprising against Chinese rule failed, is 87 and still working.And Iran’s supreme leader Ayatollah Ali Khamenei, 83, who in 1989 took over after the death of revolutionary leader Ayatollah Ruhollah Khomeini, remains in a post that is appointed for life.

‘End of World War II’Some of the greatest bridges now retained with the 20th century are cultural.Rolling Stones lead singer Mick Jagger, 79, still performs with his group while Beatles icon Paul McCartney, 80, continues with an illustrious solo career that included a rapturously received set at the Glastonbury Festival this year.

The queen herself was a symbol of a shift to modernity, with her coronation in 1953 the first major event televised around the world, and her first televised Christmas message in 1957 blazing a trail for other world leaders.

But above all, the death of the queen represents a major rupture with the memory of World War II, a conflict that her father King George VI endured along with his daughters and other Londoners in bomb-scarred London.“The queen participated directly in the victory of 1945.

Being one of the victors of 1945 left a strong mark on the identity of the United Kingdom and the queen embodied that until her death,” said Thomas Gomart, director of the French Institute of International Relations (IFRI).“For me, the death of Elizabeth II, in a way, marks an end point for World War II,” he said.