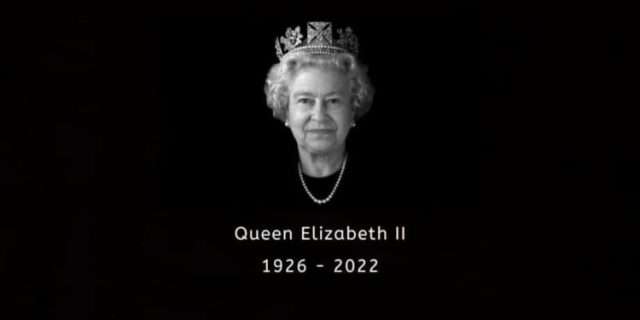 Over 500 world leaders, comprising heads of state and government will grace the funeral of Queen Elizabeth II today.

The guests and dignitaries have started to arrive in London for the final rites of the UK monarch, who passed away on Thursday, September 8 at the age of 96.

The Queen’s death has literally brought the UK to a standstill as the funeral rites have dominated activities in the country and beyond in honour of the Queen, who reigned for 70 years, the longest so far in the history of the British Monarchy.

US President, Joe Biden and First Lady Jill on Sunday paid their respects to the Queen at Westminster Hall.

The Nigerian Delegation is led by Vice President, Prof Yemi Osinbajo, who is representing President Muhammadu Buhari, who is in the United States for the United Nations General Assembly.

Canadian Prime Minister Justine Traudaeu, the Emperor of Japan, Naruhito and Empress Masato among others have also confirmed their attendance.

Meanwhile London police chiefs and medics are bracing up for a security nightmare at the Queen’s funeral as they balance the need to protect the world’s top leaders and dignitaries with the public’s desire to mourn their much-loved monarch.

Some have compared the event in scale to the London Olympics, but in truth the state funeral, the first in Britain since Winston Churchill died in 1965, is likely to dwarf the 2012 sporting extravaganza.

Codenamed “Operation London Bridge,” arrangements for Britain’s longest-serving monarch have been carefully pored over for years by the many agencies involved, with the Queen herself signing off on every detail before her death.

The city has already seen unprecedented crowds viewing the official lying-in-state, which will run until 6.30 a.m. (1.30 a.m. ET) on Monday, just hours before the funeral procession to Westminster Abbey commences. The sheer numbers caused queueing to be temporarily paused on Friday.

In an interview with Sky News earlier this week, London Mayor Sadiq Khan said of the scale: “If you think about the London marathon, the carnival, previous royal weddings, the Olympics — it’s all that in one.”

The three police forces which operate in the British capital — the Metropolitan Police, the City of London Police and British Transport Police — initiated their well-rehearsed plans across London as soon as the death of Elizabeth II was announced on September 8.

It is also set to “be the largest global protection operation the Met Police has ever undertaken” as “hundreds of world leaders and VIPs” descend upon London, he said.

When asked specifically how high-profile guests would be transported to London’s Westminster Abbey for the funeral service, Cundy declined to give specific details, saying it would not be conducive to a “safe and secure event and policing operation.”

Meanwhile the mammoth logistical operation has involved myriad other aspects, such as medics, toilets, street cleaning and road closures.

The size of the crowds turning out to pay their last respects is “impossible” to predict, according to Andy Byford, commissioner for Transport for London (TfL).

Byford described the funeral as “the biggest event” the transport network has ever faced in an interview with Britain’s PA Media news agency.

Comparing it to the Olympics, he said: “This is more challenging. It’s over a long period and although there are estimates, it is impossible to say with certainty how many people will turn up to the various elements, so we’ve assumed the highest possible number and we’re aligning our service to match that.”

Invitations have been sent to world leaders, politicians, public figures and European royals, as well as more than 500 international dignitaries. The security considerations are mind-blowing.

The British government is taking the lead on logistics but has refused to comment on specific “operational security arrangements.”

US President Joe Biden was among the first to confirm his attendance at the event, which will be attended by up to 2,000 people. Japanese Emperor Naruhito and Empress Masako will also travel to London, as will many other royals and global leaders.

Hundreds of police officers from other forces are supporting the Met, yet the attendance of so many VIPs will pile on the pressure.

“Everything will have been negotiated,” said Morgan, explaining that some concessions will have been made. There simply aren’t enough police and protection officers to give an escorted convoy to everybody who would normally get it on a standalone visit. Therefore people are being put together on a logistical basis,” Morgan said.

Huge crowds have waited for hours to catch a glimpse of the Queen lying in state before her funeral.

Simon Morgan is a former royalty protection officer who was responsible for overseeing senior royals including the Queen and new King between 2007 and 2013.

“It will be seamless,” Morgan, who now runs private security firm Trojan Consultancy, told CNN. “The policing plan and security behind it is a two-fold operation: security and public safety are both intrinsic.”

Morgan said the events surrounding the state funeral have been in the pipeline for decades. “London Bridge came to fruition in the 60s. It’s been subject to review at least three times a year.

“Elements are discussed and indeed some elements have been already used in isolation,” he said, citing the Queen Mother’s funeral in 2002, royal weddings and the Platinum Jubilee as examples.

Regular reviews were vital in combating the changing nature of security threats — from Irish nationalism in the 1970s and 80s, to Islamic extremism more recently.

White House aides have declined to provide specific security details for President Biden’s visit, but say they are working with their British counterparts to ensure the demands of presidential security are met. The FBI will monitor potential threat streams and share any information with UK security service MI5.

When reports emerged last week that world leaders would be required to ride on a bus to the funeral, US officials were skeptical and shot down the suggestion Biden would travel to Westminster Abbey in a coach.

In 2018, when other world leaders traveled together in a bus to a World War I memorial in Paris, then-US President Donald Trump traveled separately in his own vehicle. The White House explained at the time the separate trip was “due to security protocols.”

“Everything will have been negotiated,” said Morgan, explaining that some concessions will have been made. There simply aren’t enough police and protection officers to give an escorted convoy to everybody who would normally get it on a standalone visit. Therefore, people are being put together on a logistical basis,” Morgan said