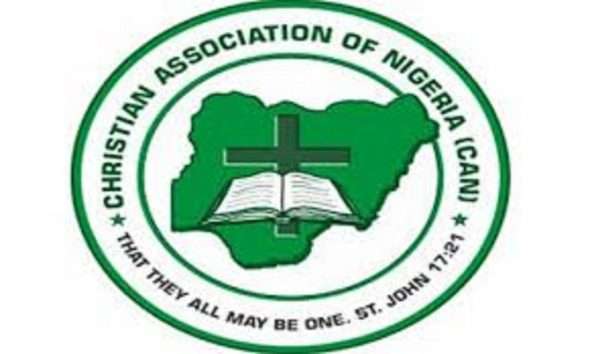 The Christian Association of Nigeria, CAN, has debunked reports of reaching an agreement with the All Progressives Congress, APC, presidential candidate, Bola Tinubu over the party’s Muslim-Muslim ticket.

CAN said its position against a same-faith presidential ticket can’t be compromised.

Reports had it that CAN changed its position on the same-faith presidential ticket after meeting with Tinubu and his campaign team.

However, CAN described the reports as malicious, false, and should be discountenanced.

The Christian body noted that it respects the rights of politicians and political parties to make decisions that affect their electoral fortunes.

CAN reiterated that it is non-partisan but prepared to collaborate with relevant stakeholders to ensure the country’s unity.

In a statement by CAN’s President, Daniel Okoh, he said: “The attention of the leadership of Christian Association of Nigeria, CAN, has been drawn to a media report titled, ‘How Tinubu met, resolved Muslim-Muslim ticket with CAN’, which claimed that the apex Christian body has changed its position regarding the same-faith ticket.

“To say the least, the story is ridiculous, malicious, untrue and should be disregarded in its entirety by all reasonable members of the society.

“For the records, CAN took a position against the same-faith ticket imbroglio under the leadership of Rev. Dr Samson Ayokunle, its immediate past national president, and as a matter of fact, His Eminence Archbishop Daniel Okoh, stands on that same position.”