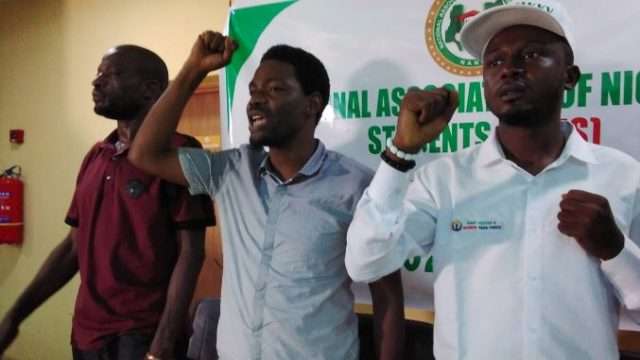 The newly elected President of the National Association of Nigerian Students (NANS) Comrade Umar Faruq, explained how he defeated other candidates and was declared winner as number Nigerian student at the just concluded 2022 convention which held in Abuja

Faruq takes over from the outgoing NANS President, Comrade Sunday Asefon who was elected in 2020.

Faruq who is a 300 Level Library Science student of Bayero University Kano (BUK), defeated his closest opponent, Comrade Usman Barambu, scoring 202 votes out the 310 total votes cast in the election.

More than 300 delegates, made up of student leaders across tertiary institutions in the country converged on Abuja during the weekend to elect their  ew leaders.

Speaking with newsmen after he was declared winner Saturday in Abuja, the newly elected NANS President, Faruq, vowed to swing into action immediately to see to resolution of the protracted strike action by the Academic Staff Union of Universities (ASUU).

Faruq, popularly known as Fakky said his emergence will not only unite the association but but bring about focused leadership, progress and bring back the glory of the union.

Fakky promised to bring all the contending voices together for the progress of the students association.

He expressed disgust over the lingering strike action by the lecturers, saying he would immediately meet with the Minister of Education Malam Adamu Adamu, leadership of ASUU and other stakeholders on the need for the parties to return to negotiation table with the viewing to resolving the impasse for students to return to their campuses.

“NANS has new president now and we will discuss the Minister of Education, with the leadership of ASUU, so that we can come to a roundtable to make sure they call off this long strike.

“We will make sure we protect our students at all levels because that is the first priority of my leadership,” he said.

He dismissed reports of any faction in NANS, saying NANS remains one and that under his leadership, the welfare and issues affecting students nationwide would be taken seriously.

NANS convention chairman, Comrade Ogo Lincoln Otekevwue, at the news conference, said the election that saw to the emergence of Umar Faruq as the new NANS President was peaceful, free and fair.