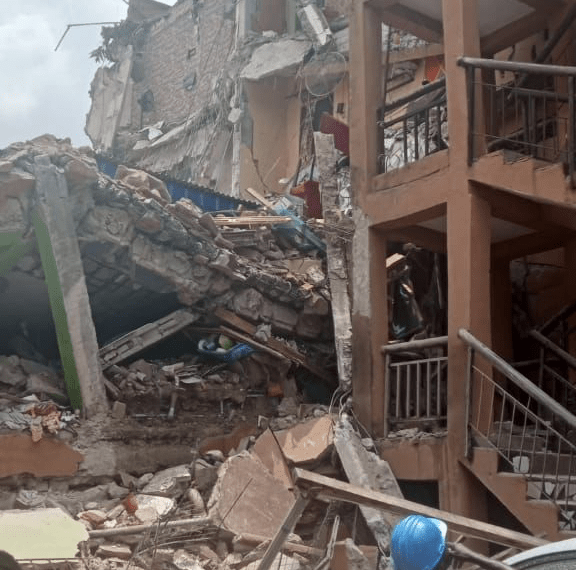 Four bodies have been recovered from the site where a building collapsed in Lagos, a rescue official has said.

The permanent secretary of the Lagos State Management Emergency Agency, Olufemi Osanyintolu-Oke, made this known in an update on Friday.

The incident occurred on Sonuga Street, Palm Avenue, in the Mushin area of Lagos State.

“Four bodies recovered (2 males and 2 females) and they have been handed over to SEHMU unit for onward deposit to the mortuary,” he said.

Background
So far, three persons have been rescued in the rubble after the structure crumbled.

Following the building collapse, the state government opened an investigation into the incident.

The investigation is expected to unravel the cause of the collapse.

The Commissioner for Physical Planning and Urban Development, Omotayo Bamgbose, has directed that the adjoining building be “pulled down immediately to forestall further collapse and for safety reasons.”
Recently, six bodies were recovered after a seven-storey building under construction collapsed.

Two weeks after the incident, the authorities are yet to identify and arrest the developer and others.

In Lagos, the news of buildings collapsing has become a usual occurrence.

In November, at least 44 people died when a high-rise building crumbled.

In May, eight bodies were recovered after a three-storey building collapsed in Ebute-Metta.

Another building in the Ago Palace Way area of Lagos State collapsed on May 7.

In August, there was another building collapse leading to the death of two children.