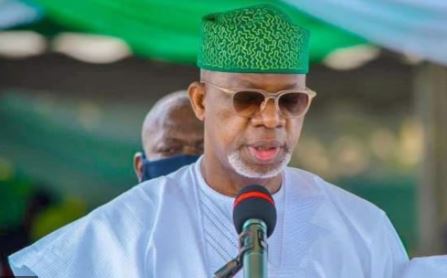 Governor of Ogun State, Mr Dapo Abiodun, has appealed to the Ogun-Osun River Basin Authority to collaborate with the state government to reduce the impact of flooding occasioned by the release of excess water from Oyan Dam.

Abiodun, who made the call during a visit to the management of the agency at its headquarters in Alabata, Abeokuta, said the collaboration was necessary so that residents of Isheri, Akute, Abule-Otun, Ago-Ika in Abeokuta and those living along the banks of Ogun River would not be caught unawares when excess water is released.

The governor, who was represented by the Commissioner for Environment, Mr Ola Oresanya, said aside from the constant dredging of canals and water courses by the state government, the river basin development agency needed to work with the state in the area of providing adequate and comprehensive information in formal and local dialects on the actual dates the excess water would be released.The gradual release of excess water from the dam has been an annual nightmare for residents in the affected areas, rendering residents homeless and destroying valuable property.

Some residents who cannot reach their destinations by road due to the flood are forced to navigate their neighbourhood with the use of canoes.In September 2021, at least 60 landlords and some tenants on Prime View City Estate, Arigbede, in the Ifo Local Government Area of Ogun State, and its immediate environs were sacked by flood which continued to surge for over a week, following the gradual release of water from the Oyan Dam.But speaking during the visit, Abiodun appealed to residents of the affected areas to resist the temptation to build on flood plains during the dry season.“In order to avoid this, residents should take information on land they want to build on from the Ministry of Physical Planning and Urban Development and take a drainage clearance from the Ministry of Environment on flood prevention,” said.

While calling on residents to complement the government’s efforts by obeying relevant laws prohibiting activities, including indiscriminate refuse disposal, capable of causing environmental problems in the rainy season, the governor noted that the state government had provided an alternative source of waste disposal to free all drainage channels and canals of unwanted wastes which blocked them and lead to flooding.On his part, the Managing Director of Ogun-Osun River Basin Development Authority, Otunba Olufemi Oduntan, described the state government’s call as a welcome idea that would reduce the negative impacts of water released from Oyan Dam on the residents in the affected areas.