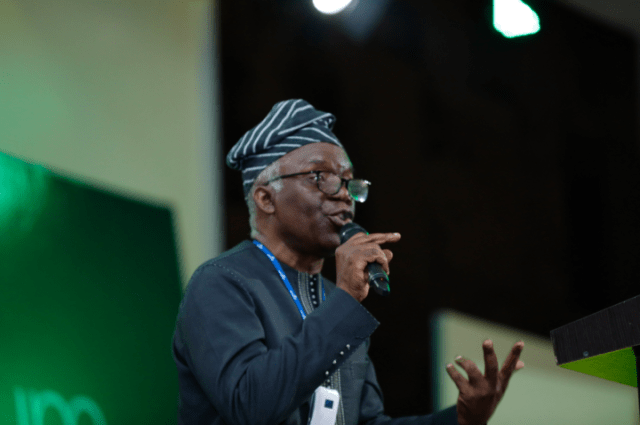 Femi Falana, human rights lawyer and senior advocate of Nigeria (SAN), says the national industrial court does not have jurisdiction to rule on the case between the federal government and the Academic Staff Union of Universities (ASUU).

After seven months of strike by the union to press home the demand for improved funding for universities, and a review of salaries for lecturers, among other issues, the federal government went to court to challenge the action.

On Wednesday, Polycarp Hamman, the judge in the NIC, granted the federal government’s application for an interlocutory injunction to restrain ASUU from continuing with the strike.

Reacting to this development on Sunrise Daily, a Channels Television programme, on Friday, Falana said this is the first time a case of such nature would be brought before the industrial court.

He said due process was not considered and taken by the federal government before filing the case before the industrial court. “This is the first time in the history of that court that we have been told that the minister can refer a case to the national industrial court without going through the Industrial Arbitration Panel (IAP),” he said.“Because the NIC under the current labour law regime in Nigeria is an appellate chamber of the AIP.

So, it is an appellate court. It is only when individuals are sacked that you want to challenge your employer or there are intra or inter-union disputes that you approach the national industrial court.

“There must be meditation, conciliation and arbitration under the law.“[It was wrong to approach the court] we tried to explain to the court, and the court said they would look at that later.“

We made clear to the court and submitted more than six cases where the same court as warned the minister consistently that you cannot come here without originating your case in the IAP if it relates to trade disputes.

“The court so found that this is a trade dispute, and that there was no reference to the IAP, but the court in its wisdom decided to intervene, and the only way you can show your dissatisfaction is to approach the appeal court which ASUU has decided to do.”

Shortly after the judgment, Falana, who is the counsel to ASUU in the case, said the ruling will be appealed, and that ASUU is going to seek a stay of execution.