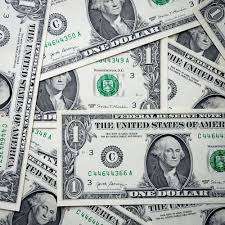 The dollar hits N735 in the parallel market (black market) on Wednesday as political campaign activities began in the country.According to Bureau De Change operators in Lagos and Abuja, dollar price had increased from N718 – N720 to N728-N735 in the last one week. One of the operator in Lagos Island known as, Mallam Zakari, said that dollar rate had surged to N735 as at 4:54pm.“Dollar is N735 and I will buy it for N731.

The spot rate at the window was as high as N442.00/$1 and as low as N417.25/$1. The daily turnover stood at $119.49 million. Analysts attributed the fall in naira value in the parallel market(black market) to increased speculations, falling external reserves, low foreign exchange inflows, Monetary Ploicy Rate hike by the CBN as well as election campaign.“The immediate cause of the dollar price hike is the increase in the Monetary Policy Rate from 13 per cent to 15.5 per cent announced by the Central Bank,” said the Vice President Lagos Chamber of Commerce and Industry, Gabriel Idahosa.“Lending rates by banks and other financial institutions will rise following the MPR hike.

This will lead to further rise in cost of operations by all businesses, aggravating the rising inflation. This has triggered further demand for dollars to avoid more decline in the value of any funds held in naira.”According to Idahosa, the commencement of elections also meant that a lot of funds had started pouring into campaign-related activities.

He said that the “Beneficiaries of these spending will be converting naira funds received to dollars as fast as possible.”As at Wednesday, Nigeria’s forex reserves stood at $38.5bn, a drop by $1.8bn from $40.5bn recorded in January 2022.On his part, the President, Association of Bureaux de Change Operators of Nigeria, Alhaji Aminu Gwadabe, had explained that the situation was caused by several factors, including elections, loss of confidence, and demand/ supply.“It is a market where demand and supply determine the price. Do not forget that election years are associated with foreign exchange volatility, coupled with supply squeeze.

External reserves, inflation, cost of inputs, and the Russia-Ukraine war are also key issues,” he said, arguing that there was indeed a loss of confidence.