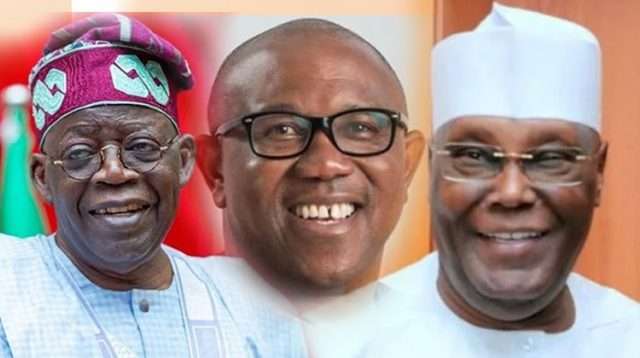 The Northern Elders Forum on Sunday night says it will subject candidates of various political parties seeking the votes of the north to a rigorous interrogation exercise until they are convinced about who has the capacity to fix the country.

This clarification was made by NEF Spokesman, Dr Hakeem Baba-Ahmed, when he appeared on ‘Politics Today,’ a popular programme on Channels Television.

Baba-Ahmed stated that the northern elders made a terrible mistake in 2015 when they charged the people to cede their bloc votes to the President, Major General Muhammadu Buhari (retd.) without requesting his blueprint.

He said, “We will subject all candidates including Atiku, Tinubu, Obi through a rigorous process and they had better be willing because, believe me, we carry the responsibility on our shoulders to advise people in the north where to go.

I am not saying this to impress anybody. We will exercise that responsibility seriously.“What we promise not to do this time around was not to repeat what we did in 2015 and say ‘Vote for only Sai Baba” where we escort him to the villa but failed to sit him down and ask what he planned to do.

It would no longer be about fixing the economy, security and the fight against Boko Haram, They must be specific.

“Buhari got away with it in 2015 and in 2019, we campaigned against him, saying this time he has failed and won’t be given another chance. Today, look at where the country is. We are not going to make that mistake again.”

When asked if the region of the candidate will be considered as one of their criteria, the NEF image-maker disclosed that they are not putting a ceiling on any candidate.Baba-Ahmed, however, vowed that the process will not be a walk in the park for any of the candidates.

“At this stage, our options are open. We will not vote on a narrow prism like where (candidates) come from. I speak for the elders’ forum. There was no point we said only northern candidates will be considered. We don’t see the north in isolation. We see ourselves as related to other parts of Nigeria.“

I don’t know what the other parts of the country are doing but the North is not just going to vote for any candidate unless we are convinced that he has done some serious thinking about what he is going to do for this country.

“But we need to know the presidential candidate’s mental health, physical, intellect capacity and his willingness to tap into some of the brightest brains available and his sensitivity to a number of key issues that are vital to our survival as a country,” he stated.

When reminded that the NEF voted for the presidential candidate of the Peoples Democratic Party, Atiku Abubakar, in 2015, Baba-Ahmed defended the action, saying the former vice president was the only option available at the time.

On whether the NEF can encourage the north to vote for Buhari’s party again, Baba-Ahmed said that it depends on how strong Tinubu’s conviction is.

He said, “If Tinubu is able to convince us about his genuine intention to the North, We will, in turn, tell the people Tinubu is the best candidate, vote for him.

“The truth is that we campaigned against Buhari and told northerners not to vote for him in 2019. That’s because Buhari didn’t do well in his first term. We supported Atiku because it was the only option available then.”