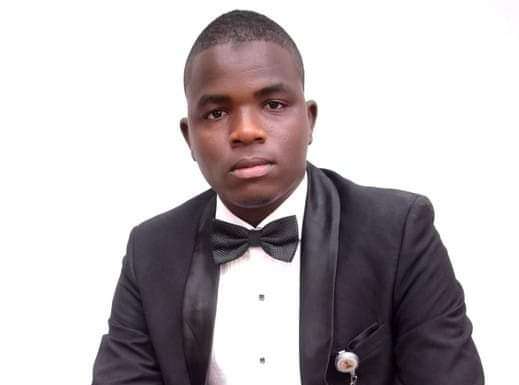 CAUSATION AND CRIMINAL LIABILITY IN NIGERIA; THE POSITION OF THE LAW.

To sum everything up, in his wordings, while explaining this very topic to us in the lecture hall, Professor Yahaya Abubakar Muhammad said and I quote ” Mr. A administered poison to Mr. B, while in the process of dying, Mr. C shoot s Mr.B to death. Who caused the death?! ” This is just a rhetorical question which expressly levelled the guiltiness on the part of Mr. C.

On the other hand, contributory negligence is never a defense to criminal liability. What this mean is that where the victim died as a result of his negligence to take proper medication or care or even blood transfusion, the accused still remain liable of his act. Thus for example:

In the case of R V. BLAUE (1975) Vol 3 All E.R, the accused stabbed the deceased who was subsequently taken to the hospital. At the hospital, the victim refused to take blood transfusion because it was against her faith as a Jehovah witness. The court convicted the accused for manslaughter.

On appeal, the accused contended that the refusal of the deceased to take transfusion because of her religion was unreasonable. Thus, it should be held to have broken the causal chain. The court of appeal dismissed the appeal and upheld the accused’s conviction.

The court had this to say:

” It has long been the policy of the law that those who use violence on other people must take their victim as they find them. This, in our judgement, means the whole man and not just the physical man.

It does not lie in the mouth of the assailant to say that the victim’s religious beliefs which inhibited him from accepting certain kinds of treatment were unreasonable.

The question for decision is “what caused her death?” And the answer is the stab wound. The fact that the victim refused to stop this end coming about did not break the causal connection between the act and the death.”

In R. V. HOLLAND, the court held that a treatment like stitches, or antiseptic cleansing and bandaging could likely have saved the victim, however its refusal and resultant death would not let the accused go scott free.

By the provision of S.312 of the Criminal Code, when a person causes a bodily injury to another from which death results, it is immaterial that the injury might have been avoided by proper precaution on the part of the person injured, or that his death from that injury might have been prevented by proper care or treatment. This is similar to the provisions of the Hallsbury’s Laws of England.

It should also be noted that by the provision of S.310 of the Criminal Code, a person would be deemed to have killed another if by threat, intimidation or deceit, he causes that other person to do an act or make an omission which results in his death.

In the case of R. V. NWAOKE (1939) Vol 5 WACA, the accused threatened the deceased with a charm that if he doesn’t pay up the debt that he owed the accused, he would not be able to eat or sleep and he would subsequently die. Subsequently, the deceased was depressed and he committed suicide.

The trial court convicted the accused. On appeal, the West African Court of Appeal allowed the appeal on the ground that there was no causal link between the threat of the accused and the subsequent suicide of the deceased. Thus, the accused was discharged and acquitted.

It is also important to note that, by section 314 of the Criminal Code, chain of causation is broken where the victim dies after the expiration of a year and a day.

On a final note, however, where there is contradictory evidences as to what actually causes the death of the deceased, there can be no liability on the part of the accused person. Thus, in OFORLETE vs The STATE (2000) vol 12 NWLR pt 681, the accused hit the deceased on the head with a kitchen stool. Complications didn’t arise until three months later when the head of the deceased got swollen. He was rushed to the hospital where he spent two weeks and was subsequently sent to a psychiatric hospital where he died.

There was contradictory evidence of two medical doctors that there was the possibility of a different factor causing the death of the deceased. The trial court convicted the accused. On appeal, the court of appeal upheld the decision of the trial court.

On further appeal to the Supreme Court, the court set aside the judgement of the lower court and was of the opinion that in establishing a causal link between the act of the accused and the relevant consequence as a factual question, no aspect of the enquiry should be left to assumption, speculation or conjecture.