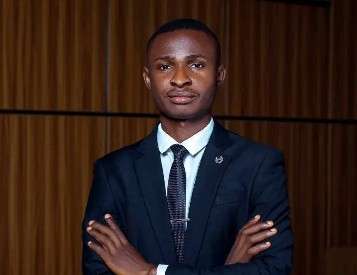 One would think that after humming “twinkle twinkle little star” in nursery school, wriggling out the intricacies of Quantitative and Verbal reasoning in primary school, and knowing the advantages and disadvantages of loamy soils in secondary school, that education would be like a ship that sails with ease. But sadly, the higher institutions, especially federal universities are where that ship stops sailing, and where the industrial action by the Academic Staff Union of Universities poses as the harbinger of countless academic disruptions.

It’s quite funny how we aspired to maguire in choosing Federal Universities as our first choice, hoping it would be a picnic; unfortunately, a student admitted to a federal University in Nigeria can very easily be said to have lost the right to uninterrupted academic activities, unlike his counterpart in other schools. At this point, you must pray hard and withstand the countless strikes by the Academic Staff Union of Universities; even before you can graduate, so you won’t be one of the 4 in 10 Nigerians who are unemployed.

It has been over 6 months since ASUU declared yet another strike in order to press home its demands for the renegotiation of the ASUU/FGN 2009 agreement and the deployment of UTAS to replace IPPIS. A lot has happened throughout this strike period. First, we lost Osinachi Nwachukwu, the voice behind the ‘Ekwueme’ song. Deborah Samuel was stoned to death like St Stephen and was thereafter burnt to ashes as thick clouds of blackened smoke from her corpse enveloped the atmosphere. People were massacred in the Catholic Church in Owo, Ondo State. The P-Square brothers re-united after years of squabbles. Phil Jones is still at Manchester United. Tobi Amusan won 100k Dollars just for out-running gala sellers. The female police officer who needed the head of either Awolowo or Nnamdi Azikiwe in Naira notes to beat Ulcer for the day but ended up being whisked away by the man with a face like Joseph Stalin, leaving her with the melodious tone which has graced the Nigerian skit making industry “Ep ep me, he dey carry me go where I know no.”

The strike also saw the unveiling of Kashim Shettima as the Vice President of Tinubu, where fake Bishops were garbed in rumpled Chasubles and other made in Aba priestly vestments, trudging slowly like the zombies in the ‘Walking Dead’ movie. Although, one of the fake Bishops was later caught in the street of Abuja and was nearly maimed by angry citizens. Instead of calling upon Virgin Mary, the fons et origo of intercessions to intercede for him like the Catholics do, he was saved by the police after successfully dodging some fatal punches; which begs the question whether his vocation was actually that of a bishop or a boxer. Another event was the Nigeria Bar Association conference, where Kashim Shettima adorned his iconic XXXL coat and a fat red tie which flipped out as his third leg coupled with the fancy shoes— thanks to Balenciaga for the comic relief. Those in favour of the continuation of the strike, say aye, those against it, say Nay — The ayes have it. (bangs the gavel).

As the strike lingers, students have been bearing the cost of its attendant effects. As a result of the periodic strikes, the expectations, dreams, and visions of students are being stymied and disrupted. Although, some students capitalized on the strike to acquire some skills— some students, especially law students have successfully done their internships in law firms. If you frequent the streets of LinkedIn and see updates like “I’m delighted to announce,” just know it’s basically from a law student who just started an internship in a law firm, or who may have gathered few E-certificates and needed to rub it on people’s faces, which is also not an easy feat. If you’re the type of person that gets jealous of people’s success, LinkedIn is not the rock you’d love to look under.

The last meeting between ASUU and Federal Government ended in deadlock, like the previous ones. ASUU has always asked the Federal Government for its money, but the latter always retorts with “let them have cake instead,” a popular phrase used by the 18th-century French queen, Maria Antoinette, who wasted huge sums on gambling and shopping, especially on jewellery, and sought relief from the stilted atmosphere of the court by engaging in frivolities unbecoming of a queen. She did all these while the people of France were starving, and when the peasants sought for bread to eat, she mockingly told them to “have cake instead.”

On one side of the coin, the strike has left some students at home with zero cash and thousands of forlorn hopes. Some parents are already tired with the presence of these set of students and they can’t wait for them to pack and leave their house with the sturdy and checked bags the Ghanaians used when the Nigerian government told them to leave the country in 1983 — ‘The Ghana Must Go bags.’ On the flip side, another set of students have decided to use this period to study and build their crumbling CGPAs like Julius Bergers. Some students have resorted to betting platforms; a place where betting tickets are ripped to shreds, and where tears cascade down from the sorrowful eyes of the bettors. Also, notable mentions are those people who eke out a living within the school premises; the food vendors, shuttle drivers and Cybercafe shop owners are all feeling this painful scourge. Those in favour of the continuation of the strike, say aye, those against it, say Nay — The ayes have it. (bangs the gavel).

Honestly, it won’t be farfetched to say that the strike would’ve been suspended if the Federal Government weren’t spending public funds like Maria Antoinette; within the time ASUU has been on strike, it was reported that the Federal Government bought vehicles worth N1.4 billion and gift them to Niger Republic. The same federal government is building a railway from Nigeria to Niger Republic. Also, in the midst of numerous medical tourism abroad which costs money, the Federal Ministry of Agriculture and Rural Development spent N18.9 billion on bush clearing. These and many unpleasant revelations have made ASUU to insist that the federal government have money to pay them, because you can’t claim to be broke and still shove money on a pole dancer’s lingerie in a nightclub with a bottle of champagne in your left hand. Those in favour of the continuation of the strike, say aye, those against it, say Nay — The ayes have it. (bangs the gavel).

On a serious note, the strike is now getting out of hand, it won’t be long before depression sets in. It’s hurtful to know that some students should’ve been graduating by now or writing their final exam, while some students should be matriculating, some have missed potential job opportunities because of this strike. Some are already moving to other schools to continue their studies, some are dropping out of school. Higher institutions, which everyone thought was the only arrow in the quiver that would launch students to a glittering success, is now plunging students into the drab world of misery. At this juncture, it would be very reasonable for all parties involved in the negotiation to beat their swords into ploughshares, because if the square pegs are put into the square holes by those charged with the responsibility of education in Nigeria, this strike action will be something of the past.

LAWS EVERY START-UP OWNERS SHOULD BE AWARE OF