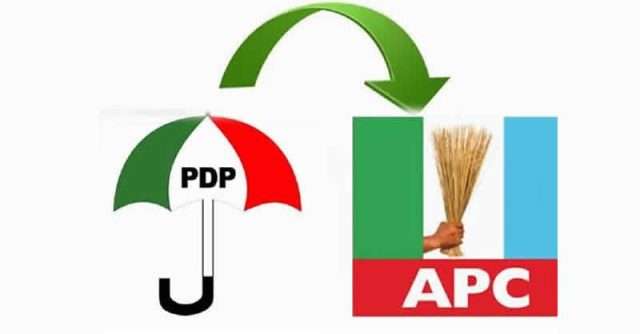 As 2023 general election inches closer, series of defections have continued to hit the two major political parties in Sokoto State, the latest being about 7,000 supporters of the Peoples Democratic Party who dumped the party for the All Progressives Congress, alleging that the PDP had failed in all sectors of developments.

This is according to a press statement by the Special Assistant, New Media, to Senator Aliyu Wamakko, Bashar Abubakar, and made available to newsmen on Friday.

The statement followed the massive defection that has continued to hit the ruling PDP in the state.

The defectors, who were received by the APC governorship candidate in the state, Ahmad Aliyu, in the Wurno Local Government Area of the state, included over 4,270 PDP supporters from the LGA.

The governorship candidate expressed satisfaction on the large number of PDP supporters that dumped the party for the APC, saying,”…there is light at the end of the tunnel.”

Aliyu, who represented the APC leader in the state, Senator Aliyu Wamakko, assured the defectors of equal treatment.

He assured that his administration would continue from the giant strides of the former governor of Sokoto State, Wamakko.

He pledged to reconstruct the Huchi Road, which was damaged by flood, if elected as governor come 2023.

Aliyu described the ruling party in the state as a failed party, saying, “(The) PDP in the state has failed woefully as none of the promises made was fulfilled to the people of the state.”

Speaking in his remarks, the APC chairman in the state, Isah Achida, while welcoming the defectors, said the party was always ready to carry all along to ensure its victory at all levels.

Similarly, over 1,400 PDP loyalists joined the APC at Achida town of the Wurno local government area, the home town of the state APC chairman, Achida.

The Wurno local government APC chairman, Alhaji Musa Marnona, explained that, on their part, they would continue to work hard for the success of the party in the area.

While in Gidan Rugga Ward of Kware local government, 1,000 PDP supporters were received into the APC.

Several defectors who spoke on why they dumped the PDP for the APC said the PDP lacked focus and direction to rule the state.

They described the APC leadership in the state under Wamakko as trustworthy and accommodative.

They also promised to continue to support the party to ensure the victory of its candidates at all levels.