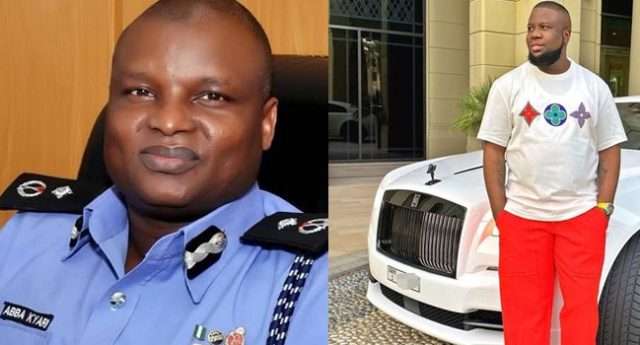 The court’s Director of Media Relations, Thom Mrozek, made this known on Friday in response to an email inquiry by Channels Television.

Since Hushpuppi’s conviction last year for alleged $1.1m fraud, the court has moved his sentence date at least three times. Hushpuppi was initially scheduled for sentencing on February 14 but it was moved to July 11 before it was against postponed for September 21 this year.

Hushpuppi had entered a plea bargain and pleaded guilty to charges including money laundering, wire fraud, amongst others brought against him by the court. According to court documents, he risks “20 years’ imprisonment; a 3-year period of supervised release; a fine of $500,000 or twice the gross gain or gross loss resulting from the offence”.

He was arrested in Dubai in June 2020 alongside 12 others and extradited to the US for prosecution.

Kyari’s extradition
Mrozek was, however, silent on the possible extradition of the suspended Head of Inspector General of Police Intelligence Response Team, DCP Abba Kyari, who was indicted by the Federal Bureau of Investigation in the Hushpuppi’s case.

The court had ordered the FBI to arrest Kyari over a year ago.

“I am unable to offer any comment on the state of Mr. Kyari,” the court official said.

Innocenti had also claimed he got voice calls and WhatsApp conversations between Kyari and Hushpuppi, alleging that the police officer was paid $20,600 for Vincent’s arrest and detention.

Kyari had taken to Facebook in July 2021 to deny the allegations but he later deleted the post.

The Attorney General of the Federation and Minister of Justice, Abubakar Malami (SAN), had during Channels Television’s Politics Today said the United States Government and the Nigerian Government were discussing Kyari’s case and that reasonable grounds for suspicion have been established against Kyari.

“There are a lot of issues that are ongoing inclusive of the possibility of consideration for extradition. That is where the collaboration element of it comes into play,” the AGF had said on the possible extradition of Kyari.

Kyari was later arrested by the National Drug Law and Enforcement Agency in February for alleged drug-related offences and has since arraigned the suspended deputy police commissioner.

Remanded at the Kuje prison in Abuja, Kyari and his co-defendants hope to get bail before Justice Emeka Nwite of a Federal High Court in Abuja on August 30, 2022