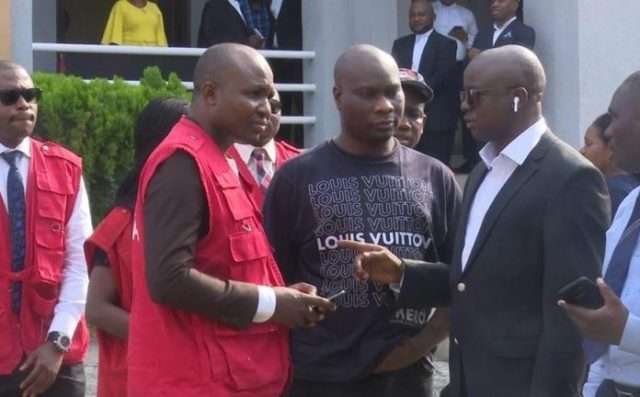 Mompha is wanted by the Commission in connection with an alleged case of retention of proceeds of criminal conduct, possession of documents containing false pretence, false asset declaration, and laundering of proceeds of unlawful conduct.

The court had also issued a bench warrant for his arrest.

Mompha, alongside his company, Ismalob Global Investment Limited, are being prosecuted on an eight-count charge.

Others are; failure to disclose assets and property, possession of documents containing false pretence and use of property derived from unlawful act.

One of the counts reads: “Ismaila Mustapha, Ahmadu Mohammed (at large) and Ismalob Global Investment Limited, sometime in 2016, in Lagos, within the jurisdiction of this Honourable Court, conspired amongst yourselves to conduct financial transactions to the tune of N5,998,884,653.18 (Five Billion, Nine Hundred and Ninety-eight Million, Eight Hundred and Eighty-four Thousand, Six Hundred and Fifty-three Naira, Eighteen Kobo) with the intent of promoting the carrying on of specified unlawful activities to wit: obtaining by false pretence

Mompha had pleaded not guilty to the charges, prompting the commencement of his trial.

The defence counsel, Gboyega Oyewole (SAN), during the previous sittings, pleaded for a stand down, assuring the court that his client would attend the proceedings.

However, the defendant did not still show up in court, despite the stand down, hence the Anti-graft Agency’s public notice for appeal for information that would effect his arrest.