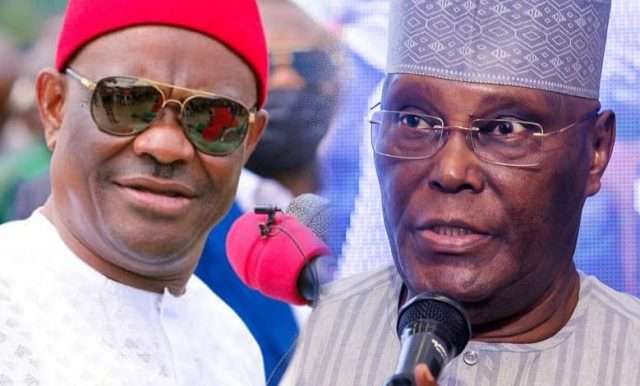 Atiku Abubakar, the presidential candidate of the Peoples Democratic Party (PDP) has said that Governor Nyesom Wike of Rivers State is loyal to the party and is after its victory at the presidential poll come February 2023.

In a recent statement signed by his spokesperson Paul Ibe, as seen by this Platform, Atiku warned against talks that’ll wrongly portray Wike as orchestrating division in the PDP.

“All the leaders of the party, including especially the governor of Rivers State, His Excellency Nyesom Wike and all governors of the PDP are united in working for the victory of the PDP in next year’s general election across board.

“What is at stake in the next year’s election is the future of Nigeria and all leaders and members of the PDP are on the same page in the mission to rescue Nigeria from the stranglehold of the APC,” Atiku’s statement reads in part.

On Thursday, Wike and Atiku met in London, United Kingdom (UK) to resolve their differences. The disagreement arose from Atiku’s choice of running mate (Ifeanyi Okowa) following the May presidential primary election