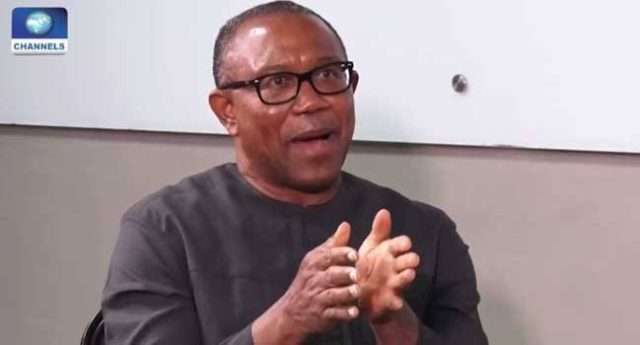 Former Governor of Anambra State, Peter Obi who also doubles as the presidential candidate of Labour Party, Peter Obi has urged President Muhammadu Buhari to sit and dialogue with the striking lecturers under the aegis of the Academic Staff Union of Universities, ASUU to end the over 5-month-old strike.

Obi said if the President could sit with party leaders over primary election, he should also sit with the aggrieved lecturers to end the strike.

He stated this in an exclusive interview with Vanguard at the weekend while reacting to ASUU.

“What we have on our hands is a situation that requires presidential intervention. The minister that has been given an ultimatum has not just been appointed to oversee the education sector. It is not that he has just been drafted to do the job.

“This is a job that has not been done to deliver on an outcome that is desirable, so, giving an ultimatum to your minister is like saying, continue to talk as they’ve been doing?

The LP standard bearer also said: “Then, our political leaders, too, should please take this matter very seriously.

“A situation where we have local government councillors and chairmen and assembly members earning much more than professors is not ideal. Education is key. The President should take charge. The same things goes for the looming food crisis. Our President should spend the remaining nine or ten months to take personal charge.”

Speaking about other sectors of the economy, Obi said: “You cannot talk about physical infrastructure unless you’ve dealt with human infrastructure and education is key.

“Today, we borrow money and borrow labour from China. What that shows is that you’ve not built your human infrastructure – and it’s like you’re not building your future. So, the President needs to take control immediately. And the issue of health, education and pulling people out of poverty are the most critical agenda for development and he should take control of it forthwith