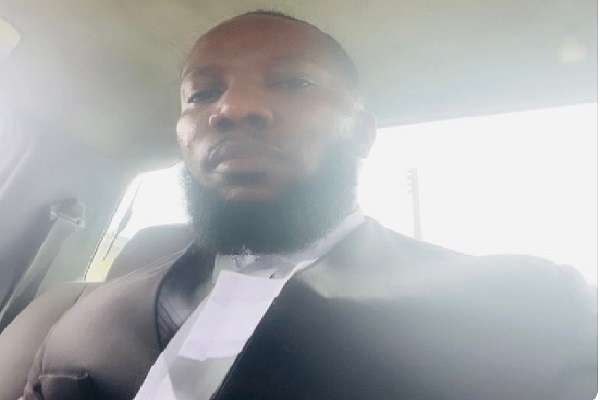 The prison authorities, according to Effiong, declined to incarcerate him, on grounds of Covid-19 protocols.

“They’re saying that I can’t be jailed in Uyo prison because of COVID protocol, that I have to be in Ikot Ekpene prison. Uyo prison has rejected me.

“We are going back to the court now for His Lordship to determine where I should be jailed. History will vindicate the just.

“(I am) Inside van at Uyo prison waiting for the issue of custody to be determined, between Uyo or Ikot Ekpene prison. History will vindicate the just,” he tweeted.

Earlier, the CJ fulfilled her July 2, 2022 threat to send Effiong, to prison in a suit in which Governor Udom Emmanuel of Akwa Ibom State is a party.

The judge reportedly lashed out at the counsel, who pleaded with the court to entertain his application which sought the judge’s withdrawal from the case after his client, Leo Ekpenyong, accused her of bias.

“I will send you out of there now, remove that robe and send you to prison by the time you go to the Court of Appeal and come back. What is this? You are overstepping your bounds,” Justice Obot reportedly out at Mr Effiong, according to a report by Premium Times.

Following Wednesday morning’s proceedings, the judge, according to Effiong, sentenced him to one month without a trial.

He tweeted:: “I have just been sent to Uyo prison by the Chief Judge of Akwa Ibom State, Justice Ekaette Obot, for one month for defending Leo Ekpenyong in the libel suit filed by Governor Udom Emmanuel.

“The Chief Judge of Akwa Akwa Ibom ordered a Premium Times reporter to leave the court. I said my lord, we were thinking that since the proceeding is public, that members of the public should be allowed to observe the proceeding. My Lord asked me to proceed with cross examination.

“I obeyed. I informed the court that I was not feeling comfortable and safe having two armed mobile policemen seated inside the courtroom, that it was strange and that I felt unsafe. I applied for the judge to excuse the armed policemen from the courtroom.

“The Hon. Chief Judge then ordered me to step out of the Bar, that she was sending me to prison. She then ordered the policemen to take me to Uyo prison. And that I should be in jail for one month. I am waiting inside the courtroom for them to bring the conviction warrant.

“I will be going to the Uyo Correctional Centre now. I have not done anything. I wasn’t even opportunity to say anything before the “conviction”.

“Two lawyers in court appealed to the Hon. Chief Judge but my Lord insisted that I must be jailed.

“This is in the suit filed by Governor Udom Emmanuel against a lawyer, Leo Ekpenyong, for alleged defamation.”

The Nation reports that a judge is empowered by law to punish anyone for contempt.

The judge may impose fines and/or jail time upon any person committing contempt of court. The person is usually let out upon his or her agreement to fulfill the wishes of the court.

A finding of being in contempt of court may result from a failure to obey a lawful order of a court, showing disrespect for the judge, disruption of the proceedings through poor behavior, or publication of material or non-disclosure of material, which in doing so is deemed likely to jeopardize a fair trial.