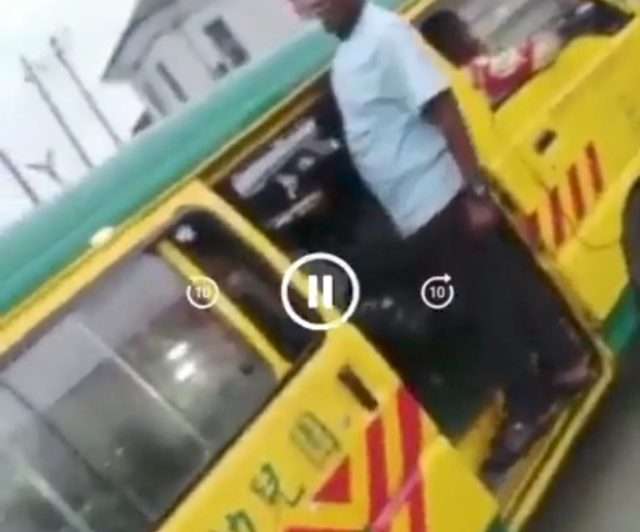 A former lecturer at the Captain Elechi Amadi Polytechnic, Port Harcourt, Rivers State, Zoe Solomon Tamunotonye, who was suspended over alleged sexual harassment has turned to commercial bus conductor, following the institution’s refusal to pay him salary for the past six months.

In a video that went viral on social media, Tamunotonye was seen beckoning on passengers to enter into a commercial bus along Ikwerre Road in Port Harcourt, the Rivers State capital.

The lecturer was suspended by the management of the Polytechnic following a panel report that he sexually harassed a female student of the institution and had her detained at the Sani Abacha Road Police Station in Port Harcourt.

He was said to have turned around to accuse the female student of diverting the sum of N250,000 he gave her for her personnel business and holding on to his office key and other property.

The student was later released by the Sani Abacha Road Police Station, following the intervention of the Commissioner of Police, Eboka Friday, who after listening to the parties involved realized that the lecture’s allegation lacked merit.

Recall that the Polytechnic had in March 2022 issued a statement that Tamunotonye was found culpable in the allegation of misconduct and harassment of the female student.

The statement, which was signed by the Registrar, Chris Woke, gave him up to May 31, 2022, to write an apology letter to the institution and also undertake in writing to be of good conduct.

The lecturer, however, said he will not apologise because in his own view he committed no offence to necessitate apology.