Home commentary Substitution OF CANDIDATE(S): AN OVERVIEW OF THE EXTANT PROVISIONS OF THE ELECTORAL...
Facebook
Twitter
WhatsApp
Telegram 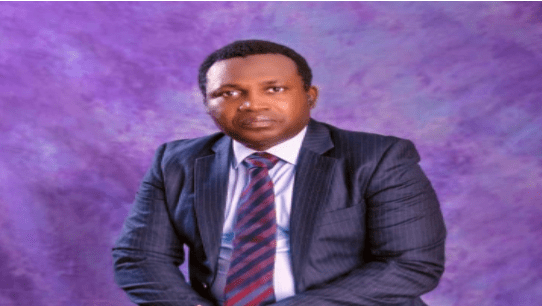 Abstract
Undoubtedly, the law is crystal clear about the modus operandi and/or procedure(s) the political parties must adopt in the substitution of candidates and replace them with those they believe could win elections and deliver on electoral promises to the citizenry.

Pointedly, the law frowns at indiscriminate and bizarre substitution of candidates by political parties, which is borne out of inordinate ambition to own, control, and manipulate democratic principles by individuals within the political space.

Basically this piece seeks to consider the right of the political parties in their quest to substitute candidate(s) vis-à-vis the conduct of a fresh primary election, which produce(s) another member of the party, sought to be substituted.

A passionate exposition of Section 29 (1) of the Electoral Act, 2022 provides that a party shall not later than 180 days before the date appointed for the general election submit to INEC, list of candidates the party intends to sponsor for election, the candidate having emerged from a valid primary conducted by the political party.

This section further states that a candidate submitted by a political party can be disqualified if it is found that such candidate does nor meet the constitutional requirement, to wit; he is bankrupt, a convict, presented false information as to his qualification to INEC, among others.

The Act donates to the Federal High Court the original jurisdiction to determine the status of candidate(s) as to his/her qualification. Further, where a candidate is disqualified by the court, the political party whose candidate scores the highest number of votes, and satisfied the constitutional requirement is declared the winner of the primary election. Articles 8 and 10 of the APC, Guidelines for Nomination of Candidates for the 2023, General Election also supports the constitutional disqualification of candidates.

When can we say a candidate’s withdrawal is valid in law?.

It is humbly submitted that where there is full compliance with the above, it can be validly opined that a candidate is deemed in law to have withdrawn his nomination. Albeit, this is not the end of the matter. I say this because, Section 33 of the Electoral Act, provides for the manner of substitution in the case of withdrawal and/or death of a candidate. The Section provides thus:
“A political party shall not be allowed to change or substitute its candidate whose name has been submitted under section 29 of this Act, except in the case of death or withdrawal by the candidate: Provided that in the case of such withdrawal or death of candidate, the political party affected shall within 14 days of the occurrence of the event, hold a fresh primary election to produce and submit a fresh candidate to the commission for the election concerned.”

Notwithstanding the provision of Section 29 of the Act, which deals with submission of list of candidates the party intends to sponsor at election, having emerged from valid primaries conducted by a political party. The Act therefore allows the political party, to within 14 days of her candidate’s withdrawal and/or death, initiate a process of fresh primaries election which shall produce the party’s new candidate, that will be submitted to INEC.

Ultimately, where the political party strictly follows the above procedure. in her quest to withdraw or substitute her candidate with another, the court will rather have no jurisdiction to dabble into the internal workings of the political party as it were. This is consistent with the provision of the law when the Court of Appeal in the case of OMAJALI V. DAVID & ORS (2019) LPELR-47928 (CA), per OMAGE, JCA while adopting the reasoning of SANUSI, JSC in the case of AGI v. P.D.P (2017) 17 NWLR (PT. 1595) 386 @ 475 put the law in the succinct manner thus:
“The provision of the law still remains valid and subsisting that the issue of nomination and or sponsorship of candidate by a political party to contest an election on its behalf or platform, is purely within the domain or prescient of such political party and the court lacks jurisdiction to nominate or part-take in the process of nomination of candidate for any political party to represent or contest election in its behalf….. The party is therefore supreme and has a final say or decision… From the above sited authorities, one thing is clear, that the nomination and selection of a candidate for election is the internal affairs of the political party and they have 100% control over it. The court dare not interfere in it……”

The substitution of Umahi, Akpabio and others will only the valid if the law is strictly adhered to and nothing more. It need be stressed that the court has held severally, that where the political failed to play the game as provided by law, the court will have to adjudicate between disputants. My Lord, Ngwuta, JSC in the case of C.P.C V. OMBUDAGU (2013) 18 NWLR (PT.1385) 66 @ 129-130 stated the law pointedly thus:
“It is apparent that a few political elements therein hijack(sic) the parties and arrogate to themselves right to sell elective and appointive positions to the party member who can afford same….. There is a popular saying that politics is a dirty game. I do not share this view. It is the players who are dirty and they inflict their filth on their members… Politicians must learn to play the game of politics in strict compliance with it strolls of organized society.”
It is rather bizarre the contention of some commentators that the new Electoral Act, 2022 incriminate candidate(s) who participate in two (2) primaries within the same political party. This opinion is not consistent with the Act, to say the least. Section 115 (i) (k) provides thus:
‘A person who-
Sign a nomination paper consenting to be a candidate that he or she is in eligible to be candidate at that election, commits an offence and is liable on conviction to a maximum term of imprisonment of two years.”
Apparently, from the tenor of the above section, the below germane issue is worthy to note, anon;
• A Person commits an offence and liable to conviction to a maximum term of imprisonment of two (2) years if:
i. He signs a nomination paper consenting to be a candidate at an election, knowing he/she is not eligible or qualified to such nomination.
Notably, Section 152 of the Act, which is the interpretation section does not define who a person is per se it ratter defined an aspirant as “a person who aspires or strives to contest an election to a political office”. Therefore any aspirant in a political party who applies to be nominated as the political party’s candidate, and is eminently qualified to contest in such election cannot be criminalized based on his application to contest in two (2) elective positions within his party. The Constitution and the Act is blatantly clear on the grounds upon which an aspirant will be ineligible or unqualified to contest elections.

Current Surge In Emigration Of Nigerians: To Which End